CRIME: Hong Kong Style which will be the biggest celebration of Hong Kong film in the UK to date, is running at venues across the UK from February to April, including a number of screenings at Tyneside Cinema, Newcastle in April. 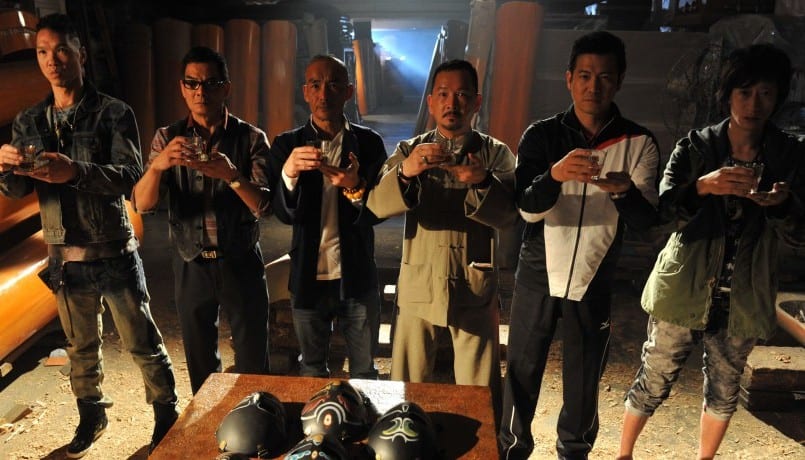 Curated by Andy Willis, Reader in Film Studies at the University of Salford and Senior Visiting Curator (Film) at HOME, the season will showcase 20 titles, including everything from cult movies (Police Story, As Tears Go By.

CRIME will also include four UK premieres (Dante Lam’s That Demon Within, Felix Chong’s Once A Gangster, Alan Mak & Felix Chong’s Overheard 3 and Ringo Lam’s Wild City) and One Hour Intros, Q&As and a special visit from acclaimed writer and director Felix Chong. Chong is one of contemporary Hong Kong cinema’s most celebrated figures. As a co-writer of the influential Infernal Affairs and co-director of the highly successful Overheard series, he has become a key figure in recent developments in Hong Kong crime films. Chong is a winner of numerous awards for his writing and directing.

According to film experts, there has undoubtedly been a recent surge in interest in global Chinese cinema, primarily focusing on films produced in the People’s Republic of China (PRC) such as the BFI’s 2014 Electric Shadows season, a five-month programme celebrating China’s rich film tradition.

Building on this discourse, CRIME: Hong Kong Style aims to allow audiences to reconnect with the innovative contribution of the Hong Kong film industry to the ever popular genre of crime film. Its programme focuses on the influence of Hong Kong filmmakers on one of global cinemas most enduring genres, including films from the 1980s and 1990s ‘golden era’ of the Hong Kong gangster film but also works from the 60s and 70s – revealing the complex and rich heritage of Hong Kong crime films often unknown to UK audiences.

The programme will also include striking contemporary Hong Kong crime films that show an awareness of the city’s history in their self-reflexive style and reworking of the genre’s codes and conventions.

Andy Willis commented: “This programme will represent much more than the stereotypical images of triad gangsters wielding machetes on the neon-lit streets of Kowloon – though there may be some machete wielding going on. We want to allow audiences to connect and re-connect with iconic Hong Kong crime films that excite, entertain and often also educate.”

Rachel Hayward, CRIME: Hong Kong Style Producer, added: “We’re particularly excited to be welcoming celebrated writer and director Felix Chong, who will also be visiting some of the touring venues for special Q&A’s and events. This is the biggest film season event in the UK to date that recognises and showcases the quintessential role the Hong Kong crime film genre plays in global cinema.”

INFO
For full programme details and to book tickets please visit: www.homemcr.org or contact the HOME box office on 0161 200 1500.