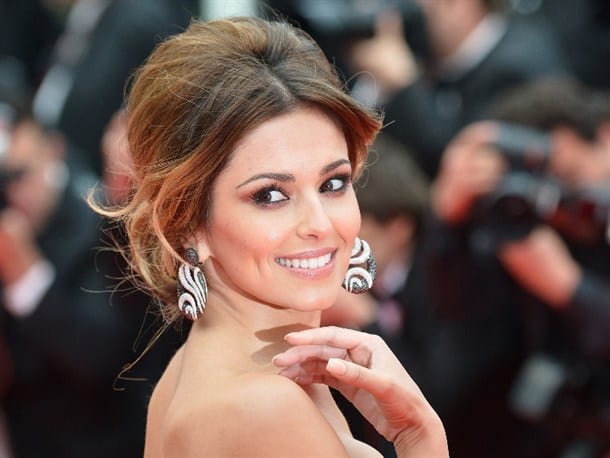 Friday 8 March is International Women’s Day. Celebrated annually for well over a century, it’s a day when we recognise and salute the social, cultural, economic and political achievements of women across the globe and throughout history.

Here at I Love Newcastle, we think International Women’s Day is the perfect opportunity to shine a light on some of the most amazing women from Newcastle and the wider North East.

As this year’s theme #BalanceforBetter is all about building a gender-balanced world, we’ve selected some of the most trailblazing females from the region. These are women who, from the annals of history right up to the present date, have made massive strides in male-dominated fields from entertainment and politics to business and journalism.

So, in the spirit of all things International Women’s Day, let’s give a shout out to these inspiring and influential Geordie women.

Whitley Bay-born journalist Kate Adie worked as chief news correspondent for the BBC for over a decade, reporting from some of the 20th century’s biggest conflicts including the Gulf War and Sierra Leone’s Civil War.

Over the course of her career, Kate was also on the scene at significant world events like the Lockerbie bombing in 1988 and China’s Tiananmen Square protests in 1989.

Kate was recognised for her services to journalism in 1993 with an OBE and upgraded to a CBE in 2018. Last year, she was also awarded a BAFTA Fellowship recognising her outstanding career in journalism.

Local hero Grace Darling showed tremendous courage in 1838 when she braved the stormy North Sea with her lighthouse keeper father to rescue survivors of the shipwrecked paddle steamer SS Forfarshire stranded on the Farne Islands.

For two hours Grace and her dad battled against the storm rowing back and forth in a small coble boat and delivering survivors to the safety of their lighthouse. Grace helped save nine people in total and was awarded a gold medal for her bravery by the Royal Humane Society.

South Shields-born funny lass Sarah Millican took the comedy world by storm in 2008 after her debut solo show at the Fringe Festival scooped her Best Newcomer at the Edinburgh Comedy Awards. She was only the second woman in the award’s 17-year history to win it.

Since then, Sarah’s brand of blue humour has landed her spots on comedy panel shows including 8 Out of 10 Cats and Have I Got News for You. She also nabbed her own show, The Sarah Millican Television Programme, which was nominated for a BAFTA twice.

Sarah is currently on her fifth tour, Control Enthusiast, and taking it to places as far-flung as Canada, Australia and New Zealand.

Dubbed ‘the first English feminist, Mary Astell was born in Newcastle in 1666. Aged 20, she moved to London where despite having no formal education she mixed with influential literary circles.

There she advanced her ideas about the position of women in 17th century British society. She penned works including A Serious Proposal to the Ladies which advocated equal education for women and Some Reflections Upon Marriage – a witty takedown of 17th century marriages where men had all the say.

A pioneer of her time, Mary’s then radical writings helped shape the thinking of later influential feminists including Mary Wollstonecraft.

Hailing from Ryton, sisters Rachel and Becky Unthank are two-fifths of contemporary folk band The Unthanks.

Since forming in 2004, they’ve recorded 11 albums with their eighth, Mount the Air, scooping Best Album at the BBC Radio 2 Folk Awards. They’ve also collaborated with musicians including dance duo Orbital and fellow local Sting and count the likes of Elvis Costello and Martin Freeman amongst their fans.

Successful but still true to their roots, the sisters are as at home playing in front of thousands at the Cambridge Folk Festival as they are at local venues like their upcoming gig at the Alphabetti Theatre.

Dame Catherine Cookson was born in turn-of-the-century Tyne Dock and took up writing in the 1950s to cope with depression after suffering multiple miscarriages.

She wrote over 100 books during her life which sold more than 123 million copies and were translated into 20 different languages. For 17 years running, she was the most borrowed writer from UK libraries.

Full of gritty realism, Catherine’s novels were inspired by her humble childhood growing up in industrial Tyneside. They were adapted for the screen several times with one adaptation, The Black Velvet Gown, winning the International Emmy for Best Drama.

Born in Northumberland in 1828 to a family active in the anti-slavery movement, Josephine Butler went on to become one of the most important feminists and social reformers in Victorian Britain.

A true trailblazer, Josephine campaigned tirelessly against the sexual exploitation of women and children. Amongst her greatest achievements were pushing for a law that raised the age of consent from 13 to 16 and repealing the Contagious Diseases Act which subjected any woman suspected of being a prostitute to forced medical examination.

She was also a dedicated advocate for women’s education and female suffrage, though it wouldn’t be until 22 years after her death that women were finally given the right to vote.

Dame Margaret Barbour took over the reins of South Shields-based coat brand Barbour after the tragically young death of her husband John Barbour in 1968.

She rose to the position of Chairman and took Barbour in a new direction from its roots as a brand designed for shipyard workers and fisherman into a fashion accessory preferred by upper-class country folk and later, urban hipster types. Thanks to Margaret’s efforts, today Barbour is worn by everybody from royalty like Kate Middleton to rock stars like the Arctic Monkeys.

Margaret is also the founder of the Women’s Fund which provides grants for female-focused projects in Tyne and Wear and Northumberland.

Born and raised in Newcastle, Cheryl Tweedy first found fame with pop group Girls Aloud after winning Popstars: The Rivals and went on to top the UK charts with her bandmates several times.

She later became a judge herself on The X Factor, mentoring fellow local talent Joe McElderry, and embarked on a successful solo pop career before nabbing a spot as UK spokeswoman for L’Oreal.

Never forgetting her Geordie roots, the singer launched Cheryl’s Trust Centre last year which was set up to improve the lives of young people in the North East.

Newcastle businesswoman Alice Hall is the brains behind fashion brand Pink Boutique which she set up in 2012 as an eBay shop with the help of a £90 investment.

From those humble beginnings Alice has grown her business into a fashion empire that employs over 60 people, ships 4000 garments daily from its Newburn warehouse and boasts an annual turnover in the region of £15 million.

In 2017, Alice was awarded a spot on the Forbes 30 Under 30 Europe list recognising the best and brightest young entrepreneurs from across the continent.