Is this Newcastle’s best restaurant? 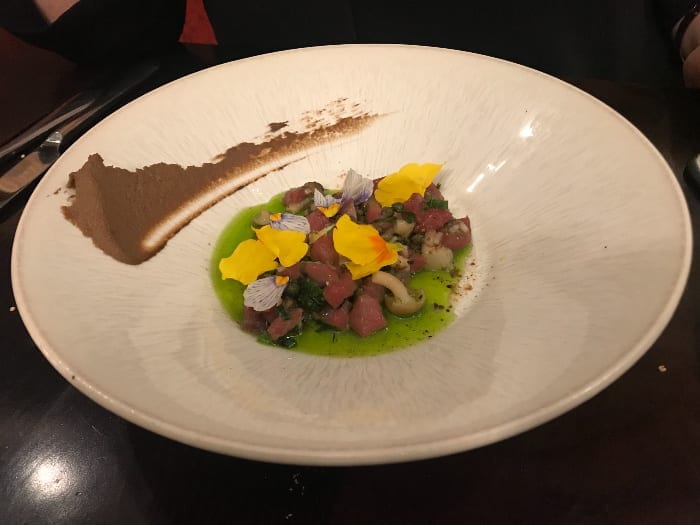 Finalists for North East Restaurant of the Year and runner up for Best Restaurant and Best Sunday Lunch in the Observer Food Monthly awards, Peace and Loaf is no stranger to accolades.

Most recently, the Jesmond restaurant was named in the Top 100 Best Restaurants 2018 by global online booking website OpenTable, and we have been counting down the days until we could get along and see what all the fuss was about.

Housed in a converted terraced building, in a row of shops set back just off the Cradlewell bypass, the blackwashed building with a red graffiti heart emblazoned across the front of it, stands out against the backdrop of this leafy Newcastle suburb. 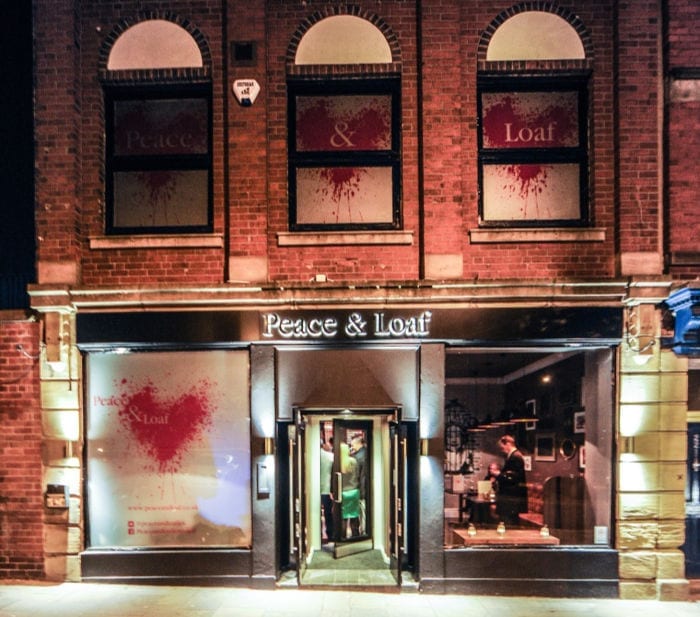 But would the food match the statement made by the brazen exterior, could this place possibly live up to all of the hype?

I was pleasantly surprised as we walked in because although the place is undoubtedly posh, it’s welcoming. It has a warm feel, and it felt like it would be fine to bring older children.  In fact, there were a couple who had their son out for his birthday on the table across from us. I liked that – I don’t think fine dining should be the reserve of adults only.

The décor is understated, a mix of exposed and painted brickwork, it’s smart but not pretentious. The fairly minimalist interior sets the stage well for the food, with the focal point being the open kitchen where you can see the chef and his team working their culinary magic.

In terms of ambience, Peace and Loaf got the important things right. It was a nice temperature, there is nothing worse than going for a special meal with your teeth chattering or feeling too hot, and the acoustics were great. Not many people want to hear the diner next to them devouring their dinner, and the background music was just right to help keep diner’s dinners private.

You could see the chef in the kitchen and he just seemed to be in his element and really chilled out. It was a joy to watch him cooking.

But most importantly, the food.

I am coeliac, and I like to spring that on a restaurant last minute, just to see how they deal with diners with special requirements, and Peace and Loaf passed with flying colours.

We weren’t so much served food, as a whole dining experience, each subsequent dish building to the glorious crescendo of the main course. 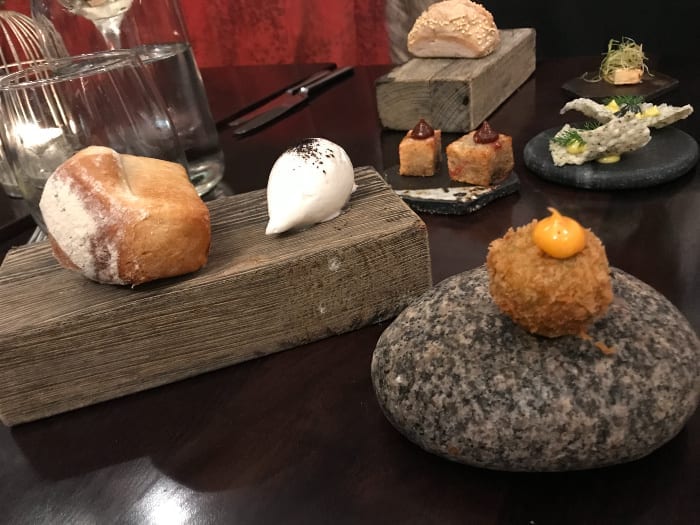 To get things started we were brought some amuse bouche which included bread (the gluten free bread was lovely) with a deliciously light and almost fluffy beef dripping, which made me think of the delights of fish and chips back in the day.

There was also a salt baked celeriac with a red curry mayonnaise and spiralised wild leek which was exquisite, and a corned beef hash with homemade brown sauce which was punchy and perfect.

For our starters we ordered the mackerel, horseradish, blood orange and leek, and the octopus parmo, black garlic, chorizo and red cabbage. 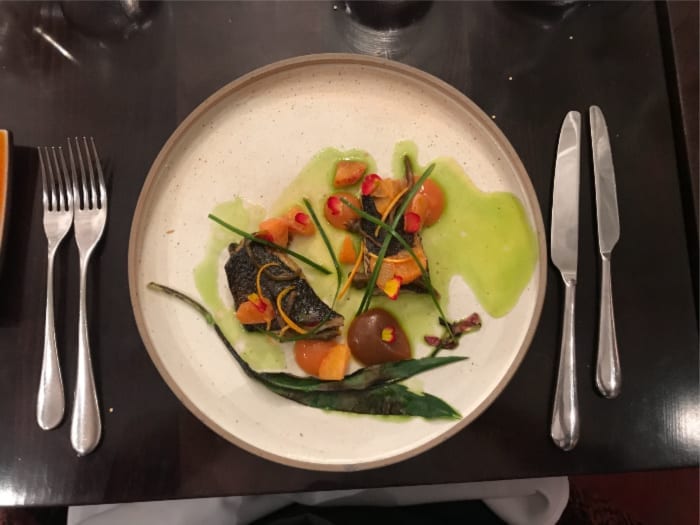 The mackerel was light and perfectly cooked, the citrus flavours brought to life with the almost sweet subtlety of the wild garlic, and decorated with wild tulip flowers, looked absolutely beautiful. 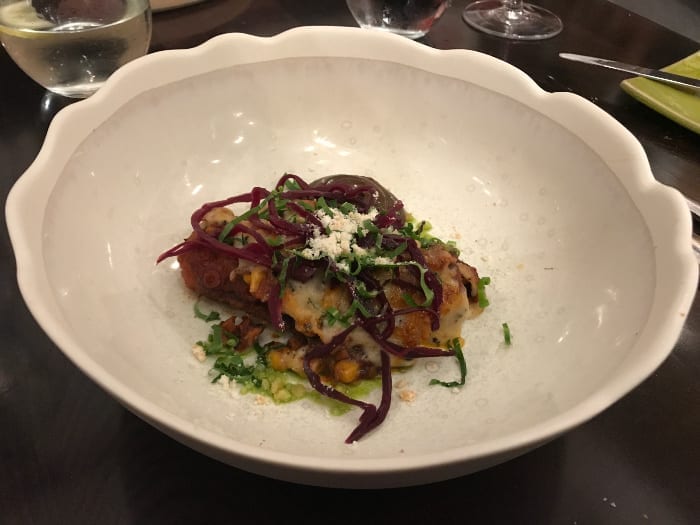 And the octopus, oh the octopus. It was warm and almost earthy, and salty and delicious, like a smoky, melt in the mouth, taste explosion. The chorizo sauce was just heavenly, I still can’t stop thinking about it. The only slight criticism might be that it was served in a dish which wasn’t terribly easy to eat from, but with food like this, that can be forgiven.

The appetisers, as the name says they should, opened our stomachs and made us want more, and we watched the chef plate up in eager anticipation that the next dish out of the kitchen would be ours.

We were brought a little surprise course of steak tartare, shimeji mushroom, garden herb oil, flowers and mushroom puree, which was up there with the most delicious things I have ever eaten.

I honestly didn’t think it could get much better until the mains arrived.

We had ordered the lamb, red pepper, kipper, goats cheese and chickpea and the monkfish, tandoori carrot, red lentil, paneer and mango. 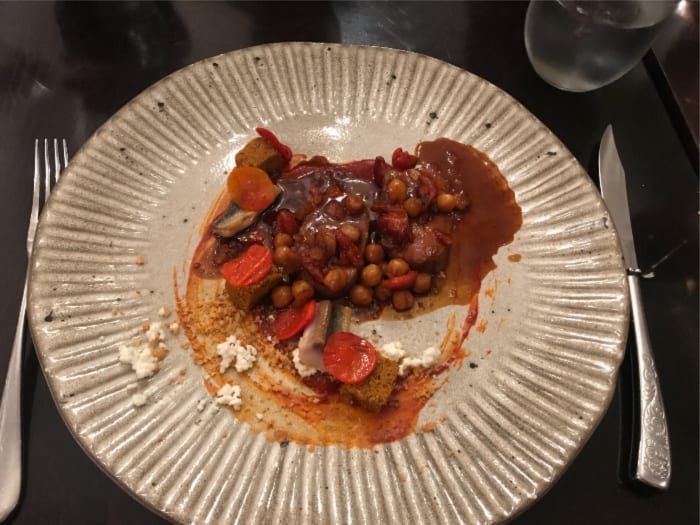 The lamb was served pink and was sublime, set off perfectly with the red pepper mayo, and the smokiness of the kipper. There were a lot of strong flavours in this dish, but they all worked wonderfully together. 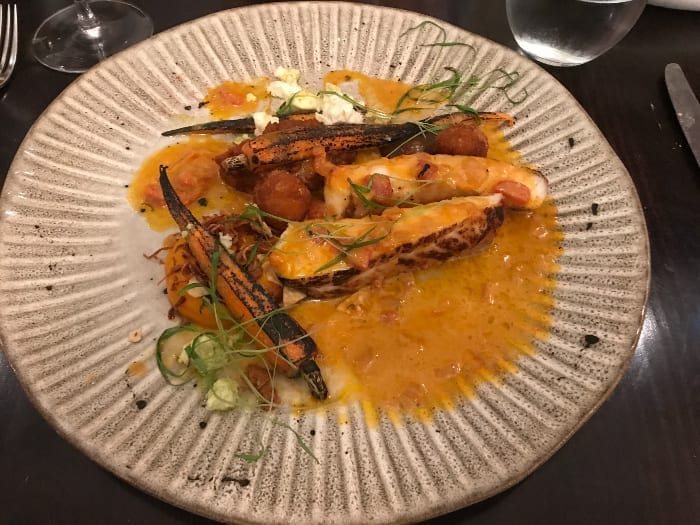 The Monkfish though was another level. The fish itself was cooked to perfection to a soft, tender flakiness. The carrot, red lentil, paneer and mango accompaniments gave a hint of Indian flavours without being overpowering and the whole dish was a perfectly balanced palate party of flavours that both of us were sitting saying, mmm, mmm, mmm ever more loudly with each mouthful! Not quite when Harry met Sally but you get the picture!

We had ordered the vegetable side dish and it was turnip, which I wasn’t quite sure how I felt about. I shouldn’t have worried, it was a far cry from the soggy yellow mash so often churned out on sub -par Sunday dinners, it was sweet, almost citrusy and just totally yummy.

Despite the fact we were full to bursting we felt it would be doing the restaurant a disservice not to order dessert and asked for the Itakuja, cherry, pistachio, kirch and the caramelised white chocolate, rhubarb and custard puff pastry. 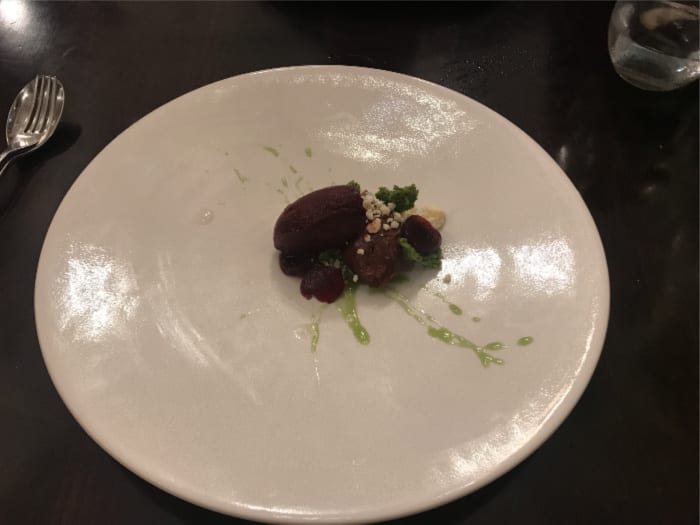 The Itakuja chocolate was delectably dark against the sweetness of the cherry and the creamy nuttiness of the pistachio and the fine-dining take on rhubarb and custard was enchanting. 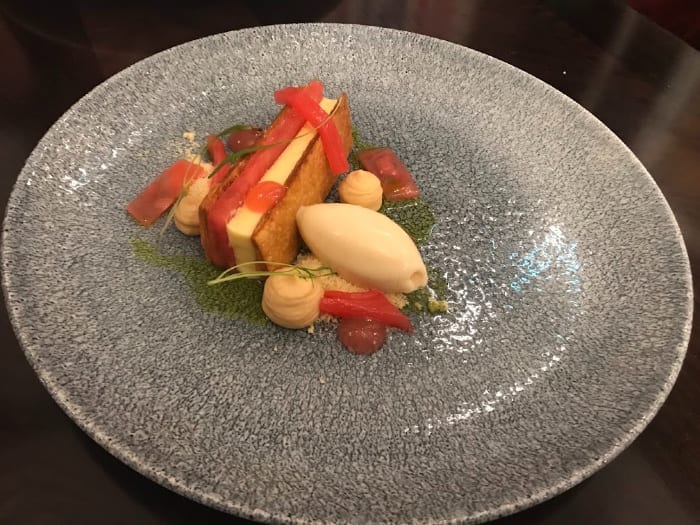 Overall, Peace and Loaf is special. There is little pomp and ceremony, with the restaurant preferring instead to let the proof of the pudding be firmly with the eating. It managed to be warm, friendly and relaxing, while serving up masterpiece after masterpiece in what was a thoroughly enjoyable evening.