It’ll be all write at this bookish South Shields festival 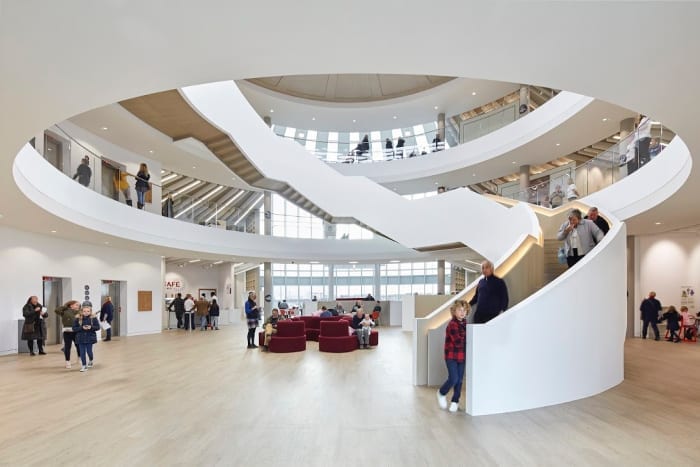 The North East’s leading literary festival is set to return, with some of the book world’s biggest names and events for all the family.

Famous novelists, soap scriptwriters, playwrights and local journalists will all be in town for the third annual WRITE Festival, which will take place at the Word in South Shields from Saturday 11 to Friday 24 May.

And among the highlights will be appearances by South Shields journalist Kevin Maguire – who made his WRITE festival debut last year and this year will be in conversation with Michael Rosen – Vera creator, Ann Cleeves and Charles Dickens’ great-great-grandson, Gerald Dickens, who will give a talk about his famous forbear.

The festival – designed to celebrate the written word in all its forms – launches with a day of writing workshops led by EastEnders, The Bill and Emmerdale scriptwriter Mark Illis.

Then, over the course of the second weekend, 18 and 19 May, six crime writers from the region will descend on The Word for two days of workshops and talks aimed at amateur authors and sleuths alike.

Amateur storywriters will also get a chance to shine when the winner of The Word’s short story competition, in association with Sixth Element Publishing, is announced and authors Celia Bryce and Adam Bushnell will also read a selection of the uplifting stories entered.

Angels of the North – Notable Women of the North East, during which authors Baroness Joyce Quin and Moira Kilkenny will explore some of the remarkable lives featured in their eponymous book.

And the festival also has a treat for sports fans when multi-award-winning playwright, Ed Waugh, will be in conversation with former boxing World Champion, Glenn McCrory.

The pair will discuss McCrory’s extraordinary life, his love for his adopted brother David, his boxing career and how Ed has set out to showcase this in his new play, entitled Carrying David.

Throughout the two-week festival, a series of workshops will be held in collaboration with local publishers and authors, for those keen to write and publish their own literary works.

There will also be talks from North East writers Adam Bushnell and John Grundy, while a Shakespeare Club will examine one of the Bard’s most popular plays; The Tempest.

For youngsters, festival highlights will include a free Silent Book Disco – when they can put on headphones and read and dance to a playlist of songs inspired by some of their favourite books – and a family-themed interactive storytelling session with the chance to create their own characters and ‘make a story,’ with Adam Bushnell and Liz Million.

Visitors to the festival will be invited to help artist and tailor, Richard Bliss, in his quest to design and create the perfect shirt, while clothing also features in History Wardrobe Presents…Goodnight Sweet Dreams; a show exploring nightwear through the ages.

Poetry, too, will come under the spotlight with a workshop on contemporary poems and the chance to hear The Word’s poet in residence, Rowan McCabe, talk about his special approach to the art form.

The UK’s first door to door poet, he is currently canvassing the views and opinions of South Shields residents on a vast array of subjects and visitors to the WRITE Festival will be able to hear about them through a mix of spoken word and theatre.

The festival will then draw to a close on 24 May with bestselling authors Mark Billingham and Erin Kelly in conversation.

“In short, we really do have something for everyone,” said Tania Robinson, Head of Culture, at The Word, National Centre for the Written Word.

“There are not only events for all ages but also the chance to take part and be creative or simply sit back and listen to genuinely interesting people talk about their lives and work.

“This is our third year and it’s no exaggeration to say the festival is just getting bigger and better each year.

“However, this means demand for tickets is likely to be high, so I’d urge people to book early to avoid disappointment,” she said.

For further information about The WRITE Festival, and to book tickets, visit www.theworduk.org/write

Read More »
December 15, 2021
PrevHave you read?Geordies invited to take photos to capture a day in the life of Newcastle in 2019
Next read...Mother’s Day in Newcastle: Treat your mam to something a bit different this yearNext