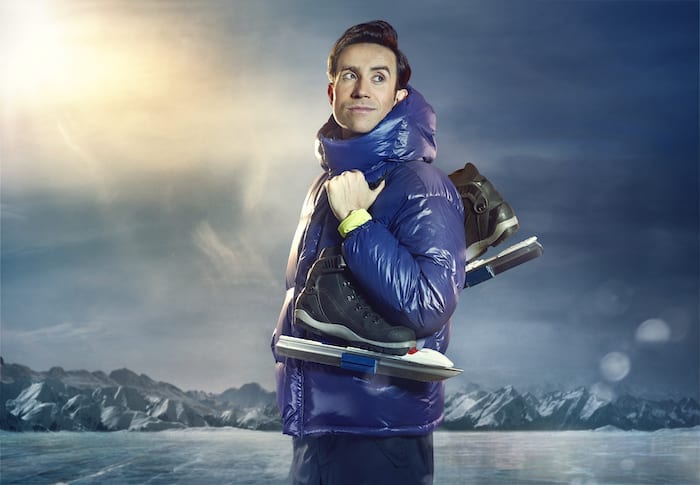 Sport Relief is back and this week they have revealed a flavour of the star-studded line-up to get the UK pumped up and ready to get their kit on to change lives.

Gary Lineker and Paddy McGuinness return to screens as presenters of the BBC One night of Sport Relief entertainment on Friday 13th March, alongside exciting new names soon to be announced.

Sporting legend Rio Ferdinand and his wife, fitness fanatic Kate, have got their kit on to help kick off Sport Relief, and have shared a powerful personal message about how sport has improved their lives, especially when it comes to mental health.

Rio, football legend and BT Sport presenter, said: “Over the years I’ve learnt that there’s much more to sport than winning trophies; there’s a lot to gain personally from taking part. Sport has this amazing ability to bring people together and tackle really important issues like mental health stigma, which I’m really passionate about. Sport gives you something to focus your energy on, and speaking from my own experiences off the pitch, it’s positively impacted my family’s lives when going through some hard times.

“Sport Relief brings all this together in a way no other charity does – with a sense of fun and humour, which we all need a bit more of. I am proud to be part of this year’s campaign and I’m looking forward to seeing some of the work donations support, to hopefully bring more attention to topics, like mental health, that we really need to keep talking about publicly.”

Kate said: “Sport is really important to me and our family – it’s helped me so much recently with my own panic attacks and anxiety, so I know how much it can change your way of thinking and mental health. I love starting the day with a home workout or family dog walk, any form of exercise sets me up with a positive and motivated mindset. The beauty of Sport Relief is that it is so easy to get involved and it is for anyone, whether you are sporty or not. Knowing that donations tackle issues like mental health, homelessness and domestic abuse, makes it a no-brainer for me. I’m excited to be part of this year’s campaign and look forward to getting more involved.”

BBC Radio 1’s Nick Grimshaw was the first of eight celebrities named who will tackle a four-day triathlon challenge on a frozen lake in Mongolia in a brand new documentary On Thin Ice for BBC One.  The radio host and seven other celebrities will take on the challenge of a lifetime over 4,000 miles from home between February 24-27.

Speaking of the upcoming challenge Grimmy said: “Super excited to announce that I’ll be doing 25 miles a day on ice in Mongolia all in aid of Sport Relief. It’s going to be really challenging both mentally and physically, but I can’t wait to get started!”

The brave team of eight celebrities who include Louise Minchin, Frankie Bridge, Rob Rinder, Krishnan Guru-Murthy, Samantha Womack, Karim Zeroual and Zoe Williams will complete a world-first when, together they will cycle, skate and trek 100 arduous miles across Lake Khovsgol, Mongolia, which is more than two million years old and freezes to ice during winter.

The challenge aims to break the ice on the silence and stigma surrounding mental health issues, a cause close to the hearts of the eight celebrities, so more people can access the support they need. Their heroic efforts will be filmed for a one-hour documentary to be shown in the run up to Sport Relief.

Since last Sport Relief, some of the money raised has help support 31 organisations right here in North East and Cumbria.Sport Relief channels the power of sport to raise money and change lives, with donations spent on tackling major issues including mental health, domestic abuse, homelessness and child poverty – at home and around the world.

As usual there is no end of events and activities coming up for Sport Relief that you can get involved with or donate to such a worthy cause.

As part of this year’s TV entertainment, true Sport Relief legends including David Walliams, Davina McCall, Greg James, John Bishop and Gareth Thomas will share memorable moments from their gruelling fundraising challenges from over the years in a special documentary shown the week before Sport Relief on BBC One. All have pushed themselves to the absolute mental and physical limit to raise millions for causes they care deeply about.

Max Whitlock MBE, double Olympic gold medallist and 2019 gymnastics World Champion, will be gearing up to visit one lucky school in the country, as he announces a brand-new competition in a Sport Relief first. Schools can enter simply by submitting their proposals on sportrelief.com/max, to be in with the chance of winning a special visit from Max himself.

Max has also joined forces with sports stars Ellie Simmonds, Harry Kane and Jessica Ennis-Hill to launch this year’s official Sport Relief range, sold exclusively in Sainsbury’s and selected Argos stores. This year’s fundraising merchandise includes everything from colourful T-shirts to pin badges, as well as a limited-edition tote bag, designed by Dina Asher-Smith. This will all be on sale from 15th February.

And all of that is just for starters – much more will be revealed over the coming days and weeks. Money raised will support people living incredibly tough lives in the UK and around the world. Find out how you can get involved here. Sport Relief 2020 – It’s Game On Newcastle.

Read More »
December 15, 2021
PrevHave you read?Valentine’s is anything but traditional at this Newcastle Caribbean restaurant
Next read...Why more Londoners are moving up north to NewcastleNext