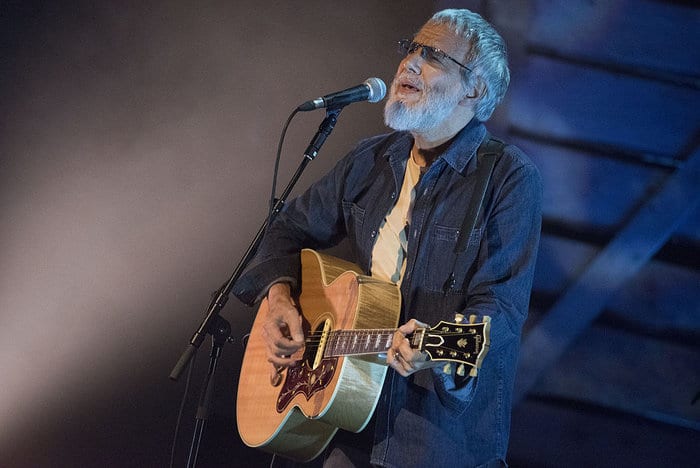 A Cat’s Attic will feature a limited run of stripped-down, introspective performances which coincides with the 50th anniversary of his first hit single release, I Love My Dog (1966). Commencing in Manchester, the Tour will also travel to Glasgow, Newcastle and end in London at the iconic Shaftesbury Theatre.

“It’s hard to believe that I will be playing in the theatre that I used to illegally climb the roof of as a teenager, right across the road from where I lived in London” Yusuf stated.  “I’m really looking forward to these shows and visiting some of the cities I played 50 years ago.”

Having first found fame as a teenage heartthrob singer in 1960s England, and writing one of the most iconic love songs, ‘The First Cut Is The Deepest’, Cat Stevens gained worldwide acclaim for his intimate and affecting works.

From 1970 to 1978 he recorded and released the albums that would establish him as a leading Singer-songwriter of his generation. His album, ‘Tea for the Tillerman’, from 1970 with such songs as ‘Wild World’, ‘Hard Headed Woman’, ‘Where Do the Children Play?’ and ‘Father & Son’. It was ‘Teaser and the Firecat’ in 1971 that made him a megastar, with songs like ‘Morning Has Broken’, ‘Peace Train’ and ‘Moonshadow’.

Following a life changing event in 1977, Cat Stevens discovered Islam and dedicated much of his time to the advancement of education and humanitarian relief.

In 2006 Yusuf returned to mainstream music with the album ‘An Other Cup’, which was followed in 2009 by ‘Roadsinger’. 2014 was another monumental year for Yusuf, as he released his fourteenth studio album ‘Tell ‘Em I’m Gone’ and was inducted into the Rock and Roll Hall of Fame.

To celebrate his 50th Anniversary as an artist, Yusuf is inviting fans to join him for A Cat’s Attic, a night of songs, storytelling and goodwill. The proceeds from VIP packages available for sale will benefit the most vulnerable through long term support to build sustainable futures for children and families through Small Kindness, Yusuf’s UK founded charity.

Tickets go on sale from 9am on Friday 16 September and are available from www.ticketmaster.co.uk.  Please note that tickets are not available direct from the Theatre Royal/City Hall Box Office.

Read More »
December 15, 2021
PrevHave you read?It’s All Going On At The Hancock This Autumn
Next read...Speed Date In Newcastle With Ditch Or DateNext