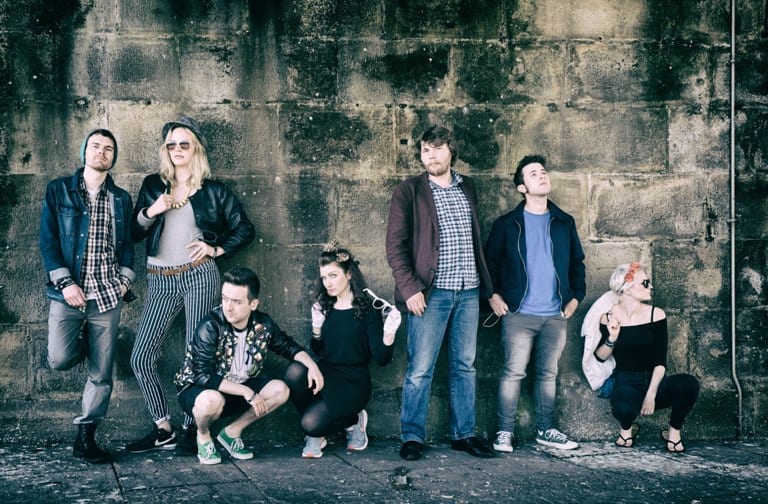 The show, which is set to play at Live Theatre Newcastle on Friday 4th March, features comedy sketches inspired by indie tunes, rock tracks and classic Britpop anthems. It’s a raucous night out for music and pop quiz fans.

Audiences are invited to don their parka coats and terylene shirts for a night of NME attitude and Oasis swagger. Guess the songs that inspire the sketches to be in with a chance of winning a Golden Mixtape and a limited edition Brat Award.

As Mixtape’s director, Melanie Rashbrooke explains: “We’re really excited to be back at Live Theatre after a year of sell-out shows in 2015. We had a great run at the Underbelly last year and we’ve got some exciting new tricks up our sleeve for the concept this year. We can’t wait to see what audiences make of it.”

Mixtape is performed and written by some of the most exciting theatre makers in the North East. The Mixtapers for this show are Newcastle based performers Steven Blackshaw, Amy Foley, Chris Foley, Lewis Jobson and Hannah Walker. The writers include Melanie Rashbrooke, Lee Mattinson (Choir, Northern Stage) and Nina Berry (Rendezvous, Live Theatre).

How it works – The Mixtapers take songs and using only the song’s lyrics create mini comedy sketches. The running time of the sketches must not be longer than the tracks that inspired them. The words from the songs can be reordered and repeated in any way that the Mixtapers choose, but no additional words can be added (bar the occasional improvised ad-lib).

The audience is encouraged to play along in teams to guess which songs and bands inspire the sketches. The team, or individual player, with the most correct answers will walk away with one of Mixtape’s highly coveted Golden Mixtape trophies. For this edition, audience members are encouraged to dress in Britpop attire and get their Jarvis Cocker swagger on.