Local businessman hoping to be ‘Canny’ successful with milk

A Newcastle businessman is launching of a range of natural milkshakes 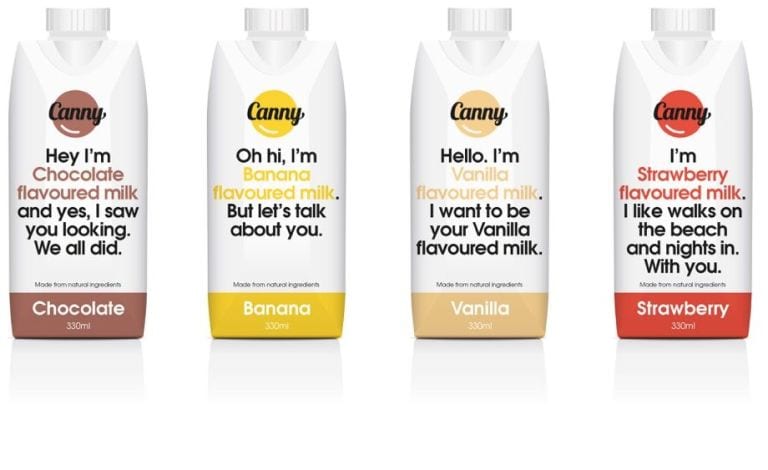 Liam Watson, of Twenty First Century Herbs, which supplies the likes of Tesco and hundreds of independents nationally, set up Canny in response to the apparent lack of “clean” milkshake products on the market.

The company, which is to launch officially at the end October, uses fruit as flavouring, vegetables to provide colour and a plant derivative as a thickening agent. “There was a gap in the market for something that was totally clean and tastes the best,” Mr Watson said.

“Nobody else is doing what we’re doing and it’s all about how it’s produced.
“The most commonly used processes are not natural and it’s long been accepted that there’s nothing else available, but I’ve spent a lot of time looking for alternatives.”

Mr Watson got the idea for the business around a year ago and began experimenting with recipes at home. “It took ages to get it right,” he said. “But it was a labour of love really.” After perfecting the products, he sought advice on how to scale up the business and managed to secure investment through the Finance for Business North East Proof of Concept Fund, managed by regional venture capital firm Northstar Ventures.

A major manufacturer was then brought on board and the business has been able to secure two wholesalers – John Holland in the Team Valley, and Epicurium in Consett. The company’s initial target will be independent shops around the North East.

Business software giant Sage Group, which provided mentoring to Mr Watson, also wishes to stock the product, as does Newcastle’s International Centre for Life – to which Canny plans to donate 5% of its profits.

“Technically speaking, we’re aiming at the ABC1 market – mainly 18 to 34-year-olds, both male and female,” Mr Watson said. “But those who buy it will be looking for something totally clean, who care about what they put in their bodies. “We’ve got a growth plan with targets for the next three years and as we grow hopefully our customers will grow with us. I’d also like to be able to take on more employees by the end of the year.”

He added that he wanted customers to feel like they were “part of a family”.“We want to get to know our consumers through events like parties and to keep in touch with them through social media,” he said. “I’m not out to make a quick buck, but to build something that’s sustainable, tastes good and does good. “My car is going to be converted to look like a Canny carton, so if people see me about at the shops or the Metro station, they can come over and ask for a free sample.”

Investment manager at Northstar, Richard Charnley, said Mr Watson’s passion and commitment to the business had been evident from their first meeting. “He is an individual with an insatiable appetite (and the ability) to seek out advice from some of the best entrepreneurs in the country, which has resulted in a business plan that will hopefully propel him to that status,” he said.

“His commitment to the Life Centre is fantastic to see, and is something we are very keen to support. “He is complemented by a great team and we are looking forward to working closely with them over the coming months and years.”