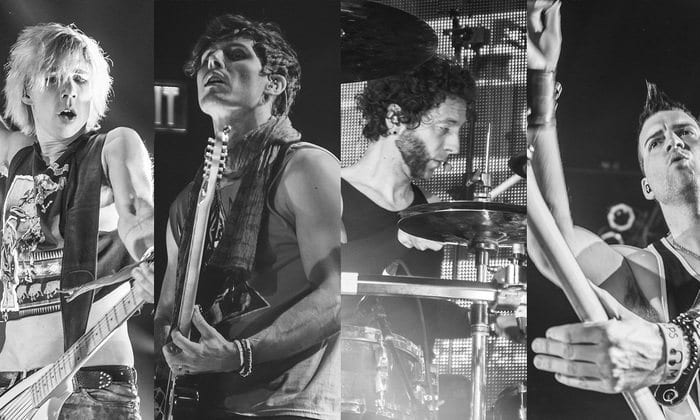 The 17-date tour will showcase new material from their latest released fourth studio album Astoria which echoes one part 1980’s fantasy adventure film and one part classic Marianas Trench. It honours classic coming of age stories, and reflects on frontman Josh Ramsay’s own personal journey that took him from the highest high to the darkest point in his life and career. “This album is about completely falling to pieces, and picking yourself back up again,” Josh explains. “We took the hardest two years of my life and made it into something beautiful, and our best work to date.”

Excited to be returning to Europe, Marianas Trench declare, “EUROPE! Guess who’s coming back this May? It’s us. Returning to your glorious continent on The Final Countdown tour, we’re back at full strength and ready to finish what we started, and then some. New dates, makeup dates, new cities, old cities – stoking! Can’t wait to see everyone soon. Bring your squirrelin’ pail cuz this is gonna get furry!”

Since their 2006 debut, Fix Me, Marianas Trench have had two Certified Platinum-selling records (Masterpiece Theatre, Ever After), chart topping hits including ‘Who Do You Love,’ Fallout,’ and ‘Haven’t Had Enough,’ garnered multiple awards, and number 1 videos. Frontman Josh Ramsay also received a Grammy nomination in 2013 for co-writing and producing Carly Rae Jepsen’s breakthrough smash “Call Me Maybe.”

Below is a full list of tour dates for The Final Countdown tour. General admission tickets will go on sale to the public on Friday, January 20th at 9 AM UK / 10 AM CET.