Marriage can be murder… 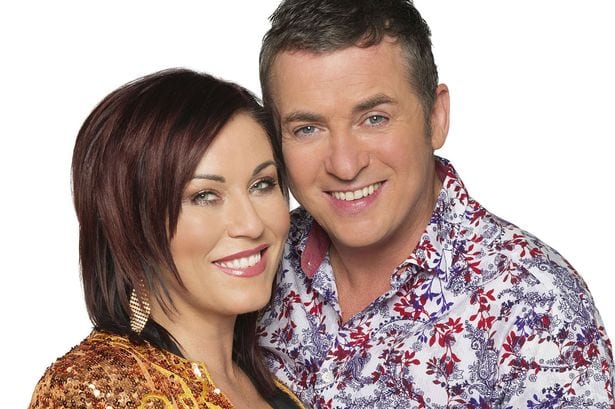 Following the conclusion last week of the sell-out run of No.1 best-selling crime author Peter James’ Dead Simple, he and producer Joshua Andrews are pleased to announce that Shane Richie and Jessie Wallace will appear on stage together for the very first time in the 2016 production of The Perfect Murder, coming to Newcastle Theatre Royal from Monday 22 – Saturday 27 February 2016.

Victor Smiley and his wife Joan have been married for a long time. But their marriage has reached crisis point and Victor has decided there is only one way to get Joan out of his life forever… but he’s about to get a nasty surprise… As a young Detective Roy Grace starts to investigate his very first homicide case, dark forces intervene and Grace begins to fear that nothing is quite as it seems quite as it seems ……..

Directed by Olivier award winner Ian Talbot and adapted by award winning writer Shaun McKenna, this highly acclaimed dark comedy thriller delighted and frightened audiences across the country in 2014, with its darkly funny and gripping storyline and it reopens at the Cheltenham Everyman on February 2nd 2016.

International bestselling crime thriller novelist Peter James has had numerous No.1 best sellers around the world, has sold over 16 million books of his Roy Grace series, and is published in 36 languages. The Perfect Murder spent 15 weeks at No 1, remaining for 50 weeks in the iBooks Top 10 and his most recent novel, You Are Dead, is currently in its 8th week in the Sunday Times Top 10, having reached No.1 earlier this year. Peter James says of today’s announcement:

“It has always been my dream that one day the curtains would rise in a theatre and a play of my work would be performed. That dream came true in 2014 after a chance meeting with my old friend, producer, Joshua Andrews. The first run of The Perfect Murder, was a sell out success and we have followed that this year with an even more successful run of my best-selling book Dead Simple. To now have Shane Richie and Jessie Wallace star in The Perfect Murder really is another dream come true. Shane has been a fan of my books for a while, as I have been of Shane. He and Jessie have been loved on television by huge audiences over a number of years, which just goes to show how great they are together and I can’t wait to see Shane and Jessie planning to murder each other on stage every night!

Producer Joshua Andrews added; “I am thrilled that Shane and Jessie have chosen The Perfect Murder as the production in which to star on stage together for the very first time, as they really are ‘perfect’ casting for Victor and Joan. Peter and I are very much looking forward to working with them on this short tour and hopefully we might see a limited London run at the end of that.”

Shane Richie and Jessie Wallace will be starring in The Perfect Murder during their break from EastEnders. The award winning actors, who have starred together in EastEnders for the last 13 years and are also both well known for their numerous other TV and Theatre credits, are equally excited by their upcoming stage debut together;

They said: “We are really looking forward to working together on stage as it’s so different to TV.”

Shane added: “It’s an honour to be attached to Peter James work as I’m such a fan of his books!”

Jessie said: “As soon as I read the script, I knew I had to do it! “Watch out because sparks are going to fly and it’s the perfect murder!”
The Perfect Murder will open at the Everyman Theatre, Cheltenham on February 2nd 2016. Tour details and additional venues follow, with further venues and full casting to be announced later this year.

The Perfect Murder is adapted by Shaun McKenna from the novel by Peter James, directed by Ian Talbot, booked by The Booking Office and produced by Joshua Andrews and Peter James.