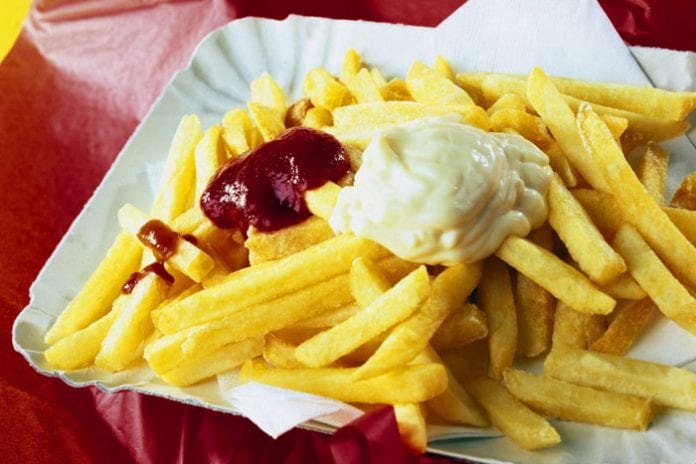 Pink sauce is finally here and it’s saucy! Introducing Mayochup, because it turns out we can’t mix our own mayonnaise and ketchup together – and it seems there are no new foodstuffs left to invent.

After Mayochup piqued interest outside the Middle East, it was launched in the US to much excitement. Fans in Britain urged Heinz to bring it here. The company has now revealed it will.

“After seeing the unprecedented passion surrounding this product, including the nearly one million votes on social media and 500,000 votes in favor of bringing it stateside, launching Mayochup in the U.S. was a no-brainer,” Heinz’s director of marketing Nicole Kulwicki said.

It could easily have wound up with a different name, though, if some fans’ suggestions had been listened to.

You can forgive some people for pointing out that Mayochup is merely a Marie Rose, that British pub staple most commonly deployed on defrosted prawns and iceberg lettuce. We know it best as ‘pink sauce’ concocted from splatting both ketchup and mayo all over our chips at the kebab house on a Saturday night.

Mayochup, which currently has its own hashtag symbol on Twitter, will make its UK debut in 2019. Another PR victory for Heinz.

Valentine’s is anything but traditional at this Newcastle Caribbean restaurant