Millennials too posh to picnic? 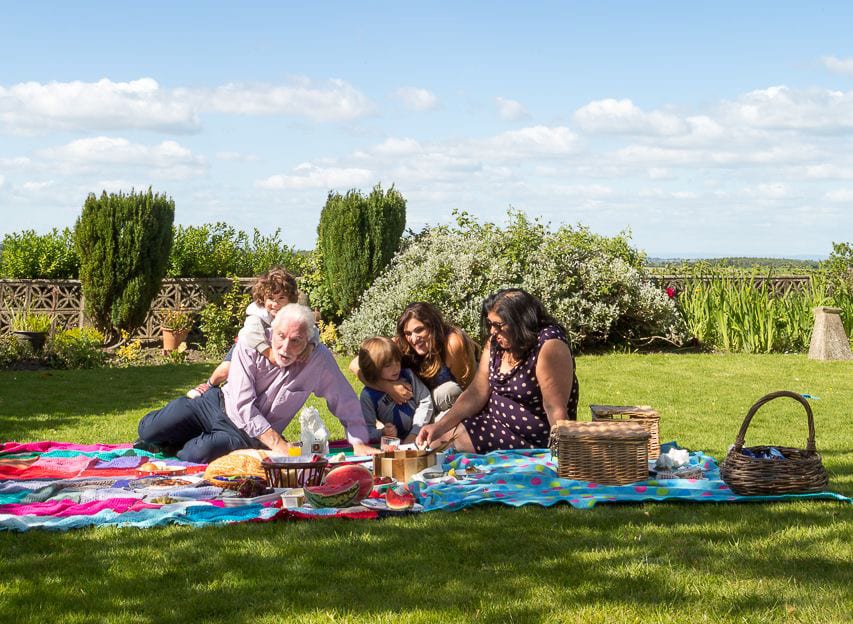 Families are keeping the modern British picnic alive and kicking reveals a new survey, which shows two thirds of picnics are enjoyed with the family. However, millennials (18 – 24 year olds) are resisting the urge to follow tradition with only 29% picnicking annually compared to 41% of Brits aged over 25.

However, North Eastern picnickers will only venture outside in good weather as only 4.5% will picnic regardless of the season, the lowest figure across the UK.

Primula Cheese, which has its UK headquarters in Newcastle’s Team Valley, conducted the survey for National Picnic Week (13-21 June 2015), and is calling on Brits of all ages to dust off their blankets, polish their plastic cutlery and head to the great outdoors this summer to keep the tradition going.

The survey has also shown the North East is the region most likely to take a pooch on their picnic (20%) however high tech is left at home with only 7% specifically packing electronic devices such as tablets, smartphones or radios on their picnics.

“Picnics should be about fun and family, and be completely fuss-free,” said television presenter and celebrity singing coach Carrie Grant who is supporting National Picnic Week. “Picnics for me remind me of cling-film wrapped sandwiches in Tupperware boxes. Regardless of whether I was picnicking with family or with friends, the basic elements of picnics were consistent and still evoke happy memories.”

Carrie, along with her husband David, was a voice coach on television talent shows Pop Idol and Fame Academy. Together they have four children aged between 20 and five. “David and I make special time for picnics as we feel it’s an essential part of our family bonding. Picnics don’t need to be elaborate affairs; sometimes we even stay at home and create ‘carpet picnics’ for the kids.

“As the kids grow up, it feels as if our family time gets less and less, so I think we need to make sure that we don’t lose the art of picnics by getting together as a family showing the next generation just how easy it is to create the perfect picnic.”

According to the survey, the British picnic has become an institution with the formula not changing much over recent decades. Old favourites still remain on the menu for the modern picnic with whopping 80% of us Brits citing sandwiches as a firm favourite. 65% add crisps and crackers to the mix with 63% including sweet treats such as cakes, biscuits and sweets. However, the wider hamper contents have also evolved as one quarter of picnickers take a range of more continental deli style foods for a tapas-style spread.

Perhaps unsurprisingly, we also favour a bottle of plonk with 25% of people surveyed making this a key ingredient to picnic mix.

Picnics have also been cited as a haven for calm, with 41% of those surveyed saying they head to the great outdoors to de-stress from a busy life with only 12% opting to take electronic devices such as a tablet computer, smartphone or radio.

Social media activity is also a taboo on picnics as only 5% of picnickers reach for their phones to share a picture, proving the picnic is the perfect family time moment. (Did you know 32% of social media users text or socialise on a device during every day meal times?)

But what about the (not so trusty) British weather? Well, only 16% bother to take a brolly ‘just in case’, making us Brits an optimistic lot.

To inspire the British public this National Picnic Week, Primula has developed a range of resources ideal for picnickers, including recipes, family activity ideas and the UK’s top picnic spots Everything is free to download and available at: primula.co.uk/picnic-week-hub