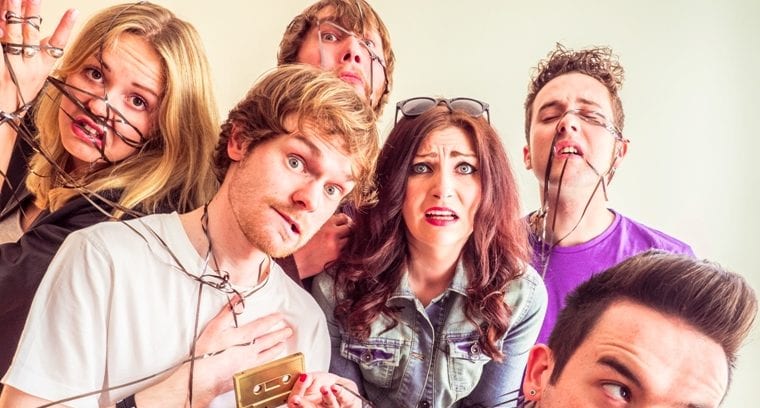 Having played to sell-out audiences at the Underbelly (as part of this year’s Edinburgh Festival Fringe), Mixtape return to Live Theatre this October with a ‘graveyard smash’ Halloween edition of their bite-sized comedy show.

Audiences are invited to grab their broomsticks, sharpen their fangs and polish their cauldrons ready for a night of remixed spooky tunes. Guess what songs inspire the ghoulish comedy sketches to be in with the chance of winning a special, limited edition, Halloween Mixtape.

On Friday 30 October at 7.30pm Mixtape perform their unique comedy quiz show inspired by music on Live Theatre’s main stage. The performers, called Mixtapers, take songs and using only the song’s lyrics create mini comedy sketches. The running time of the sketches must not be longer than the tracks that inspired them. The words from the songs can be reordered and repeated in any way that the Mixtape writers choose, but no additional words can be added to form the script (bar the occasional improvised ad-lib).

Audiences can play along in teams, or individually, to be in with the chance of winning one of the highly coveted Golden Mixtape awards. To win players need to guess which song or band / solo artist inspired each short sketch. The team, or individual player, with the most correct answers will walk away with that night’s Golden Mixtape prize.

For this edition, audience members are encouraged to ‘dress to distress’ by wearing Halloween attire. The player or team with the best Halloween costume, as picked by the Mixtapers, will win some additional spooky prizes on the night.

Conceived by theatre director and writer Melanie Rashbrooke, Mixtape is a fun night out which is written and performed by some of the most exciting writers and theatre makers around. In addition to the sketches written by Melanie each Mixtape also features a selection of sketches written by guest writers. For the Halloween edition these include Traverse 50 writer Alison Carr (Fat Alice, Traverse), Lee Mattinson (who won the Royal Exchange’s inaugural Hodgkiss Award in 2014), Nina Berry (Rendezvous, Live Theatre) and Live Theatre’s Creative Producer Graeme Thompson.

Mixtape is the perfect night out for comedy, music, theatre and pub quiz fans. Don’t miss this night full of tricks, treats and things that go bump in the night!

Read More »
December 15, 2021
PrevHave you read?The Top 5 Most Popular Stag Do Activities In Newcastle
Next read...Gateshead Factory Spreads A Cheesy Smile For CharityNext