Murder On The Terrace – A Laugh Out Loud Matter! 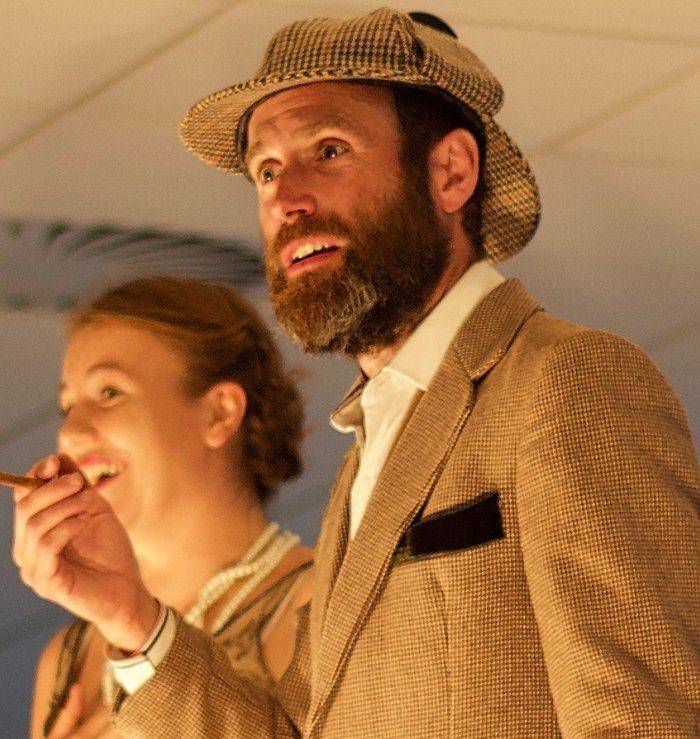 “Fun, inventive and interactive,” says Heartbreak Productions about their work in theatre. Add in the word Comedy and you would be forgiven for your assumption, though Murder on the Terrace is no pantomime. Recently, we were invited to Cobalt Park, North Tyneside to join the cast and their audience on an outdoor garden party set for a ‘part romp, part farce’ original whodunit play by David Kerby-Kendall, albeit minus the ‘outdoor’. Whilst we would usually accept the oft-repeated challenging Northeast weather blame, this time… it was in fact, national – not our fault! 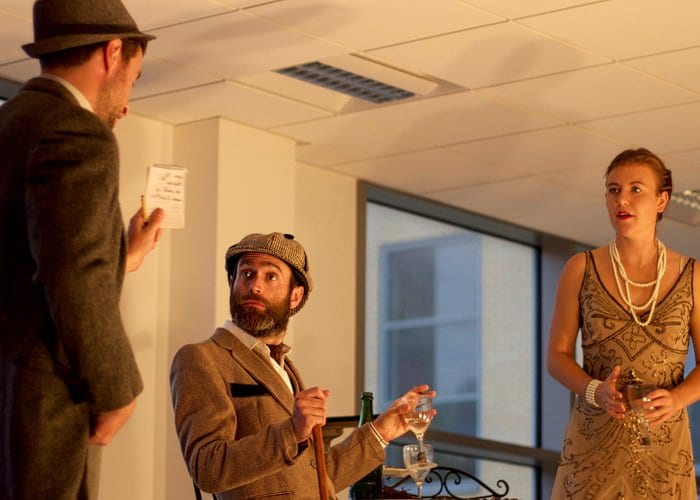 The story was set on the terrace of the Cava residence (The Cavary), where during a garden party to celebrate Lord Cava’s retirement, we bore witness to the dramatic double murder of his nephew, Charles Cava, and Percival, his beloved parrot. Enter Inspector Back (of the Yard) to unpick the details of the crime, uncovering little subplots along the way, complete with a McGuffin in the form of the ‘Socialist Movement’.

Each of the 6 cast members doubled up to play 12 characters, and by far, most achieved decent character separation even with rapid switches from one character to the other – Howard Scott-Walker playing Witless vs Graspitt was particularly entertaining. In addition, the cast handled the ever flitting relative relationships with each other admirably, for example Amy Gardyne and Darryl Hughes playing Lady Caroline/Ellie against Sebastian/James respectively. 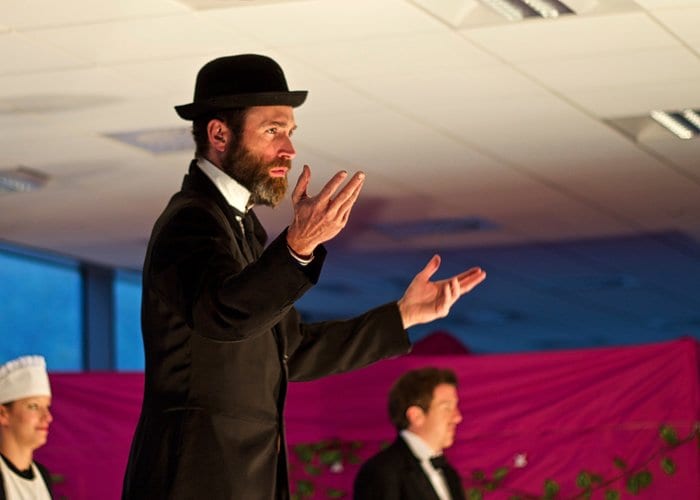 The dialogue was quick and witty, and at some points performed so slickly that it was difficult to differentiate scripted and ad-lib lines, especially during a few perfectly worded and timed exchanges between Abigail Castleton and James Edwards (playing the couple Lady and Lord Cava respectively). This of course, was helped further by the fact that there was effectively no fourth wall at all; the audience could interact openly with all the cast, even to the extent of participating in a quiz or two, courtesy of the Inspector (played by Ben Thorne). 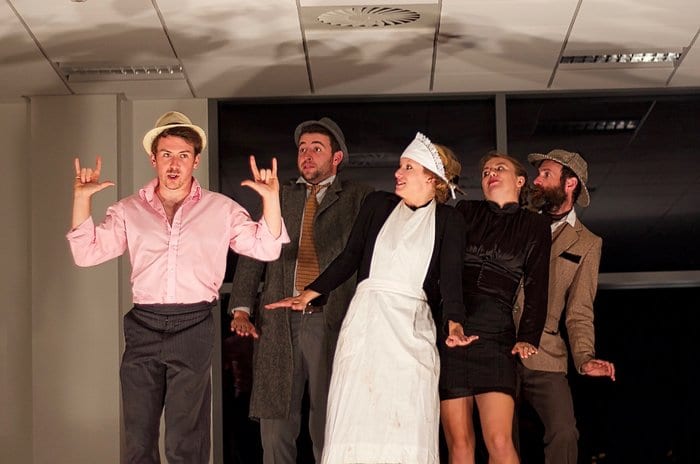 The play mainly centred around the ‘terrace’, where a simple 3-piece garden set sat on a raised two-tier circular stage (the usual trellis had to be removed due to the low ceiling in the hall). A few feet away was a small walled-off changing room area, cleverly disguised as part of the Manor; the direction also deftly exploited the surrounding area as the part of the rest of the Manor garden. Costumes were exaggerated appropriately, though we quickly realised that James Edwards’ facial hair was real and had to be shared equally with both characters he played! Sound effects were acceptably minimal, and they manage to fit in a ditty or two, one flawlessly performed by Amy Gardyne. 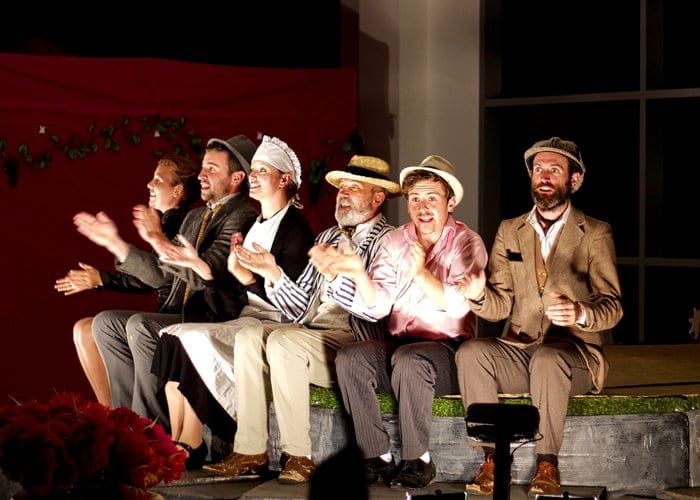 Murder on the Terrace was in fact fun, inventive and interactive – certainly the audience was kept happy and laughing all the way through, with the tempo and length being just on this side of satisfactory. The production proved what can be done with a deceptively simple set, when coupled with a great script and fine imagination. Despite being somewhat cheated out of the full experience due to the weather, the evening was definitely a guffawing affair!