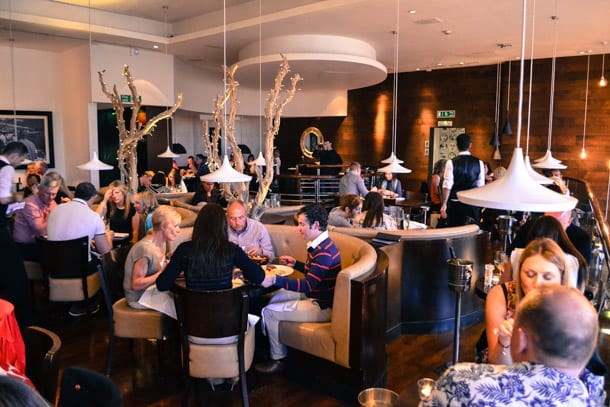 The dates for NE1’s next Restaurant Week have been announced and a new ingredient has been added to the mix. From Monday 19th to Sunday 25th January 2015 people will be able to dine in some of Newcastle’s finest restaurants for fixed price menus of either £10 or £15 per head with Newcastle College’s flagship Chefs’ Academy restaurant added to the seventy strong list of illustrious dining venues.

During NE1’s 9th Restaurant Week this January, chefs starting out on their catering careers will be able to showcase their talents in front of discerning customers during the week long event. This is the first time the Chefs’ Academy has been involved, a measure of the important role Newcastle College is playing in training chefs and front of house staff who are taking positions in the rapidly growing number of newly established venues across the city and wider region.

Newcastle College is a well respected training ground for chefs and front of house staff and has established strong industry links to ensure that the training and skills students acquire makes them career ready. Many of the students are recruited directly from the college to work in top end restaurants and hotels across the city.

The Restaurant Week event has grown in stature and popularity year on year since its launch with participating businesses experiencing 44% increase in trade during the week. Last January, over 25,000 people took advantage of Restaurant Week offers, which equates to over £350,000 worth of business for participating restaurants.

Newcastle’s restaurant scene is one of the city’s largest growth business sectors with more restaurants per square mile than anywhere else in the North East of England. Many entrepreneurs and restaurateurs have opened restaurants over the past three years, transforming parts of the city including Grey Street and the Quayside with home-grown talent nestled alongside national brands, collectively encouraging a wealth of new custom into the city.

In 2011, when the initiative was first launched, NE1 got together with some of the city’s top restaurants to discuss what could be done to support the industry at traditionally quiet times of the year. Modelled on a similar scheme that operates in New York City, NE1 decided to launch Restaurant Week. All the city’s top restaurateurs saw the potential and were prepared to put aside their competitive rivalries to work together for the good of the industry.

13 of Newcastle’s top restaurants were involved in the first event, now 3 years later, over 70 restaurants take part and the weeks, one in January, the other in August, are a firm fixture in the city’s events calendar with over 60% of Restaurant Week customers visiting 2 or more restaurants during the week with some dining out 7 nights during the week.

NE1’s Restaurant Week is a unique formula, nowhere else in the UK operates an event like it, which is so simple and easy to communicate to consumers as well as being easily adopted by restaurants.