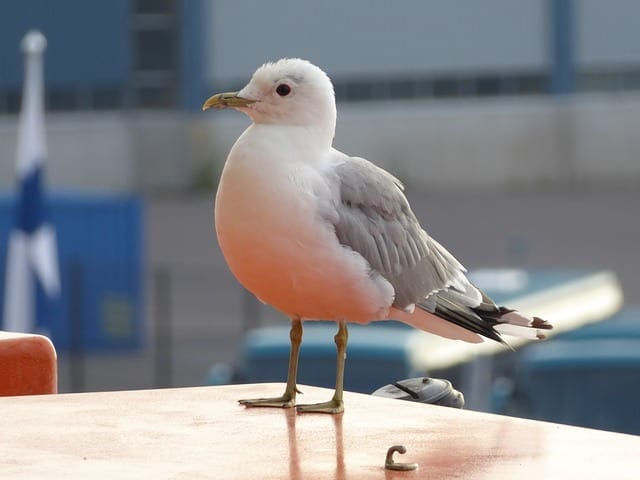 Newcastle is preparing to welcome the famous Tyne kittiwake colony home to the Quayside  for nesting in 2019, by taking measures to protect them.

The colony, which is the furthest inland colony of seabirds in the world, is made up of around 2,500 birds.

During the last nesting season of the kittiwakes, a number of the protected birds became accidentally caught behind netting designed to deter them from settling on certain buildings. While the majority were rescued, tragically, a few could not be saved.

Alongside Newcastle City Council, representatives from the RSPCA, RSPB, Tyne Kittiwake Partnership, Northumbria Police as well as quayside businesses and building owners have been involved in plans to protect the birds when they return.

“Like many people, we were extremely concerned by the number of kittiwakes that became accidentally caught in netting during the summer.

“Over the past few months we’ve been working hard to help reduce the risk of this happening again next year by advising local businesses and the council on making their properties safer for kittiwakes ahead of their return next spring.”

Following thorough assessments and listening to partners’ advice, all netting that posed a risk of trapping the birds on buildings owned by Newcastle City Council, such as the Guildhall, will be removed.

Some of the netting on the Tyne Bridge will be removed completely and where it remains it will be checked, repaired or replaced as necessary.

The council is also planning to invest in an electrical deterrent to replace dangerous netting on its buildings.

This system delivers a small, harmless shock to the gull as it lands – in a similar principle to a cattle fence albeit with a much lower voltage – to encourage behavioural change to deter the bird returning to that site.

The technology has been available in the UK since 2008 and all evidence available shows there is no harm or damage caused to birds as a result of its use.

It requires little maintenance and can be turned off in an instant if necessary. It has already been in use on two Quayside buildings since 2011 while it is installed on buildings up and down the country.

It is not expected the electrical system will displace any birds to new nesting locations as it is replacing an existing deterrent rather than removing a nesting site.

The council has also encouraged building owners to conduct an urgent review of their own deterrents, but has no further authority to enforce them to add or remove measures they choose to use.

A spokesperson for Newcastle City Council said: “We are fortunate to have this colony of rare kittiwakes on the Quayside given the threat to the species globally and their presence needs careful and sympathetic management as a result.

“It is pleasing to see so many different organisations come together to make sure these birds can nest safely at the Quayside while minimising their impact on listed buildings, residents and businesses in the area.”

Deterrents are in place to protect listed buildings and structures, while there are also public health considerations to take into account during kittiwake nesting seasons.

Read More »
December 15, 2021
PrevHave you read?Five ideas for things to do on New Year’s Eve in Newcastle
Next read...City to put an end to homelessness in NewcastleNext