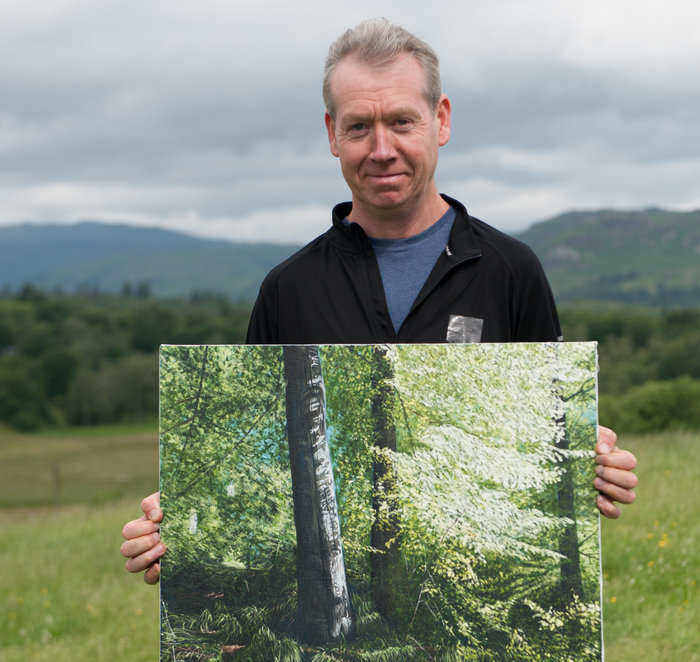 Newcastle-upon-Tyne artist Mark Scorer is set to do battle with a paint brush as he puts his artistic skills to the test in the fifth episode of Sky Arts’ Landscape Artist of the Year, which airs next Tues, November 8 on Sky Arts at 8pm.

Mark is competing against seven other professional artists challenged to reproduce a piece of art depicting Wray Castle, a National Trust property in the Lake District. If he is successful he will go on to take part in the semi-final that took place in Margate earlier this year and due to be screened on November 22.

This is the second series of the show, which is produced by London and Glasgow-based independent production company Storyvault Films. “Landscapes” first aired last year following the enormous success of Sky’s Portrait Artist of the Year (PAOTY), also from Storyvault Films, that has captured the public’s imagination since its launch in 2013.  Last year’s LAOTY was the best-performing, non-scripted series of all time and second-biggest series ever for Sky Arts, with viewing figures growing over the course of the series. 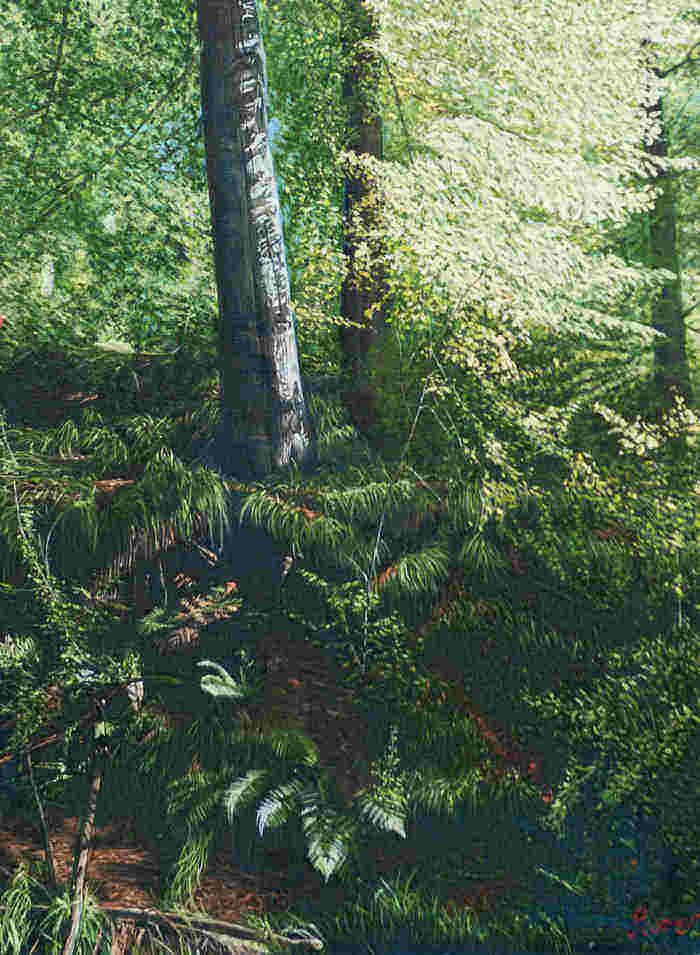 Both “Landscapes” and “Portraits” have been presented from their launch by TV personality and comedian Frank Skinner, alongside presenter and journalist Joan Bakewell – a leading figure in the arts for nearly six decades.  The judges are artist Tai Shan Schierenberg and independent curators Kate Bryan and Kathleen Soriano.  The show not only highlights the tremendous artistic talent from every corner of Britain and Ireland, but also how the beautiful British countryside has inspired past and present generations of artists.

Hundreds of entries were received for the 2016 competition, giving the judges the difficult task of whittling them down to 48 artists who went on to take part in six heats over the summer at three National Trust locations: Scotney Castle, Kent; Wray Castle, Lake Windermere and Stowe in Buckinghamshire.  Each heat was also open to a further 50 “wildcard” artists who were invited to compete for a potential slot in the semi-final.

The semi-final – featuring the six heat winners and the best of the wild-cards – took place in Margate, Kent – home to the Turner Contemporary gallery. The show is set to be aired on Tuesday, November 22 at 8pm. The series grand finale, when the winning artist will be announced, was filmed at the stunning Urquhart Castle on the shores of Loch Ness in Scotland. This episode is due to be aired on Tuesday, November 29, at 8pm. The winning artist will receive a £10,000 commission to interpret Petworth House in West Sussex for the National Trust’s national art collection and £500 to spend on CassArt materials.  Storyvault Films will produce a further programme featuring the development of this final commissioned work, due to be aired on Tues, December 6, also at 8pm.