Newcastle Bar’s Recipe For Cocktail Lovers Is A Hit

The Botanist Newcastle is continuing its run of success... 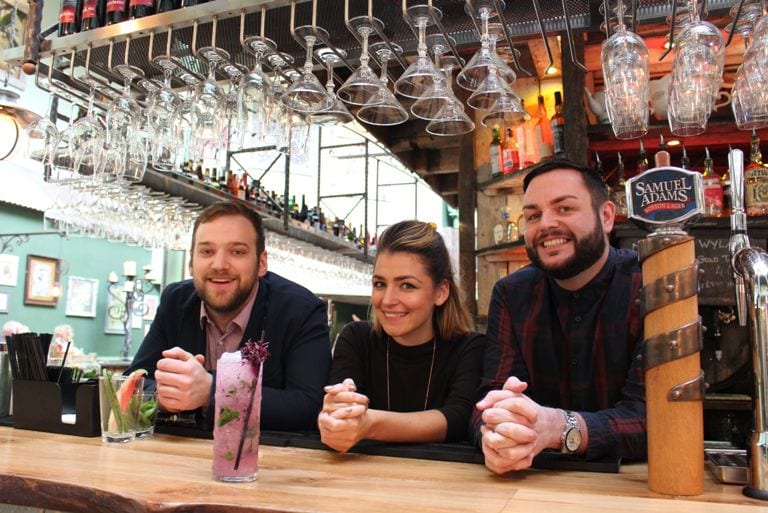 POPULAR bar and restaurant venue The Botanist is continuing its run of success with a series of landmarks as it approaches its first birthday and the festive season in Newcastle city centre.

This month saw head bartender Jordan Fish serve up the 20,000th of the brand’s namesake cocktail, The Botanist – a signature blend which has become one of the most ordered cocktails from the extensive drinks menu.

The team is also celebrating achieving the highest number of Christmas bookings across The New World Trading Company’s UK-wide portfolio, including the likes of The Smuggler’s Cove in Liverpool and Manchester’s The Oast House alongside The Botanist’s other sites.

Having joined Newcastle’s leisure and hospitality scene in mid-December 2014, this year will be the first time the venue will enjoy a full winter trading period, and demand has exceeded expectations so far.

The Botanist Newcastle business development manager Paul Burns said: “When we opened last December, we had such a great reception and we’ve been overwhelmed by the response since then so we can’t wait to build on that as we move closer to marking one year in business.”

Another first sees The Botanist host its own networking event on Tuesday 29 September in the company of the region’s business community.

Paul added: “It’s these mini milestones that we never take for granted – being able to put on events of our own as well as playing host to occasions of every nature for groups of people from the region and beyond is a humbling feat.

“We have some really exciting announcements coming up which we’re sure will keep our loyal customers coming back and attract visitors to the city through our doors to further establish our reputation in Newcastle.”

Located on the top two floors of Monument Mall, The Botanist still holds its reign as the most-liked on Facebook across the group; a figure which currently stands at over 22,000.

The New World Trading Company recently announced plans to extend its The Trading House brand to Glasgow – the follow up to London’s successful launch will take place this October.