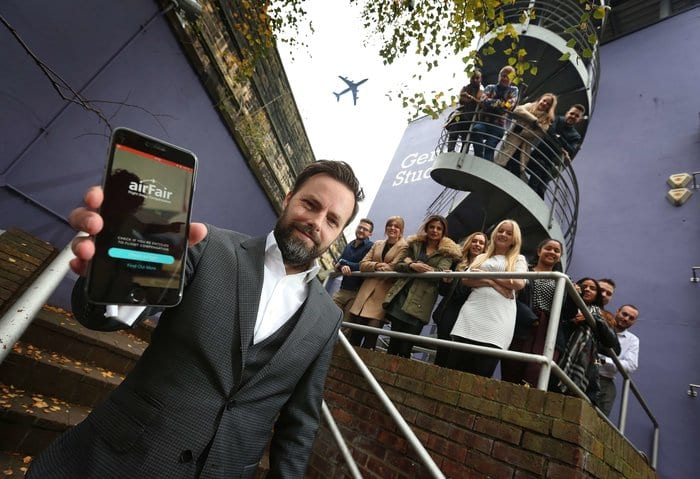 NEWCASTLE-based fintech company Allay has continued its growth with a move into the flight delay compensation market.

The company has launched airFair – developed in house the app is the first of its kind in the UK and allows users to check if they are eligible for compensation for any flight delayed for more than three hours within the EU in the past six years.

Allay was founded in 2015 to develop technology for the claims management market and last month its systems handled their one millionth claim.

The company also helps consumers who have been mis-sold a number of different products and services, including; PPI, packaged bank accounts, timeshares, solar panels and alarm systems.

Allay recently announced it was creating 80 new jobs at its Newcastle headquarters, meaning the company has a total of 240 people working across its centres in Newcastle, the North West and Wales.

Steven Bell, managing director of airFair, said: “We are always looking for new markets to expand the business into and we believe there is a great opportunity for growth with flight delay compensation. With the business growing at the pace it is we need to expand our workforce in Newcastle to cope with the extra demand and ensure we maintain our current excellent levels of service.

“We have an advantage over those already in the flight delay compensation marketplace because of our experience in handling large volumes of other claim types at Allay. Our focus on technology will allow us to target a wider audience and ultimately make it easier for consumers to claim compensation for flight delays.”

Using airFair, consumers only need their booking reference or flight number to launch a claim but even without that information, a check can be made using a departure date and destination airport using their free, no obligation flight checker.

Independent research* has shown that only five per cent of people who are entitled to compensation for a flight delay claim it and even then not all of those are successful.

“But claiming compensation through the airline can be time-consuming, so we are trying to make it an easy, hassle-free process. With airFair, by the time you board your delayed flight you will have been able to start your claim for compensation on the app.

“This is a first of its kind for the UK but we’re already working on version 2 due out in January which will be even easier for consumers to claim what they are owed. We will integrate geo-fencing so people will get a notification if they are identified as being at an airport where flights have been delayed.”

AirFair is available for iOS and Android and is free to download and use. For more information visit www.airfair.com