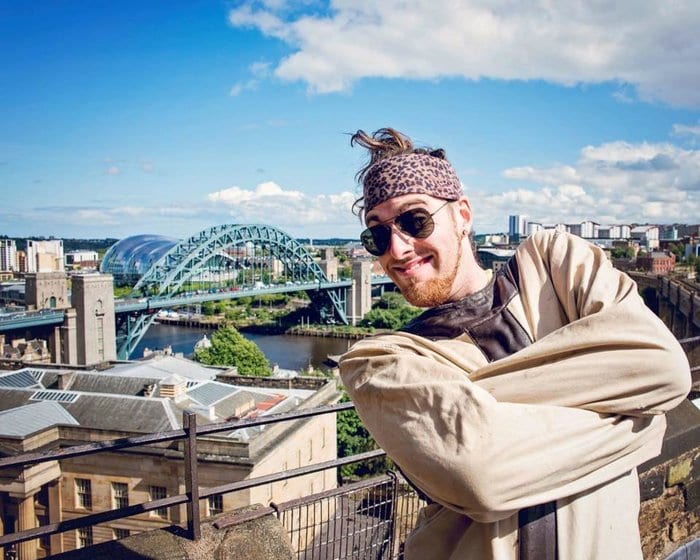 THE NORTH EAST’S own Houdini will emulate the world’s greatest ever escapologist by attempting to escape from a straightjacket dangled over the iconic Newcastle Castle Keep – UPSIDE DOWN.

Chris Cross will have just 90 seconds to untie himself from his shackles 80ft off the ground at the famous 848-year-old monument, a site Harry Houdini himself visited in 1920 before a show in the city.

According to newspaper reports at the time, very few people saw Houdini’s feats from street level. Now, nearly 100 years later, Chris will have the eyes on the city on him as performs his incredible stunt at the castle at precisely 12noon on 28th August. 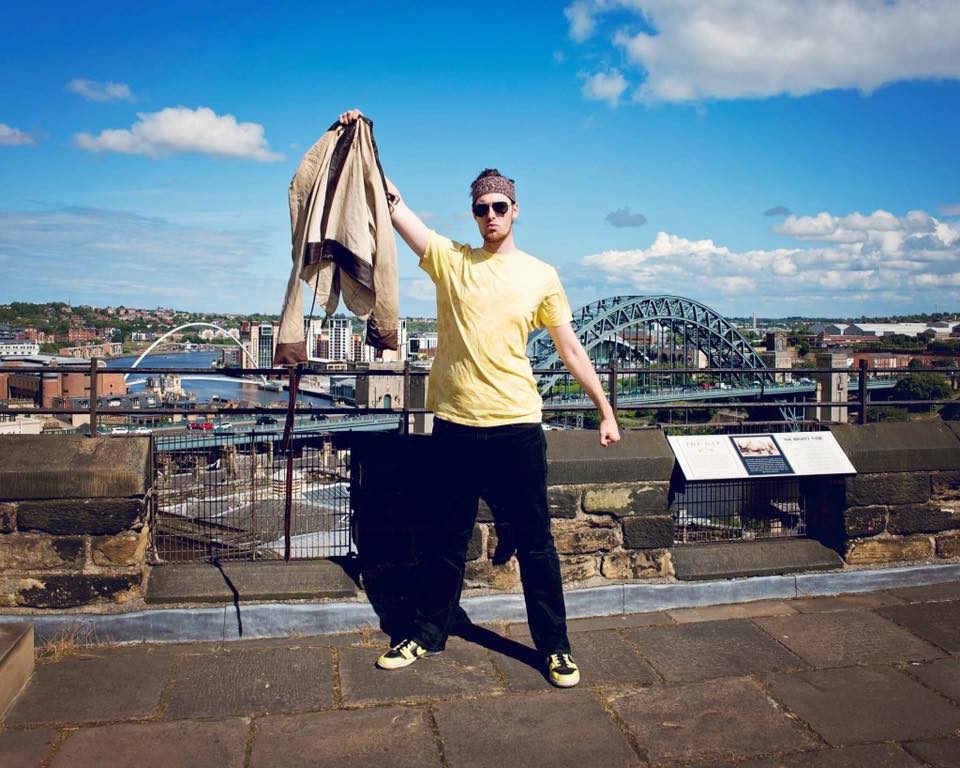 Chris, 27, said: “The name Houdini is absolutely synonymous with escapology – he is the Godfather of the art and one of the greatest entertainers who ever lived.

“Back in the day, when Houdini came to a city people would set him challenges. He came to Newcastle and performed a host of tricks and escapes on top of the castle – now it’s my turn.

“Newcastle is my home city and what better way to try to follow in the footsteps of my hero than to attempt a death-defying escape at the very place where he stood and performed his tricks.”

“People will be able to look up and see me performing, 80ft high up in the air, in what is the toughest escape I’ve ever attempted.

“I’ll be tied up, raised into the air and will attempt to escape in 90 seconds. If I fall, I will die. Here’s hoping for a successful stunt!”

Houdini appeared in Newcastle in in 1913 and 1914 – both times at the Empire Theatre on Newgate Street – before returning in 1920 to appear at the old Hippodrome Theatre on his last UK tour.

Houdini, who died in 1926, had a massive impact on a young Chris who dreamt of becoming a magician and escapologist from a young age.

Since then Chris, like Houdini, has performed for a host of well-known stars. These include several members of the royal family, boxers Mike Tyson and Sugar Ray Leonard, Alice Cooper, the Arctic Monkeys, as well as performing on BBC One’s The One Show. 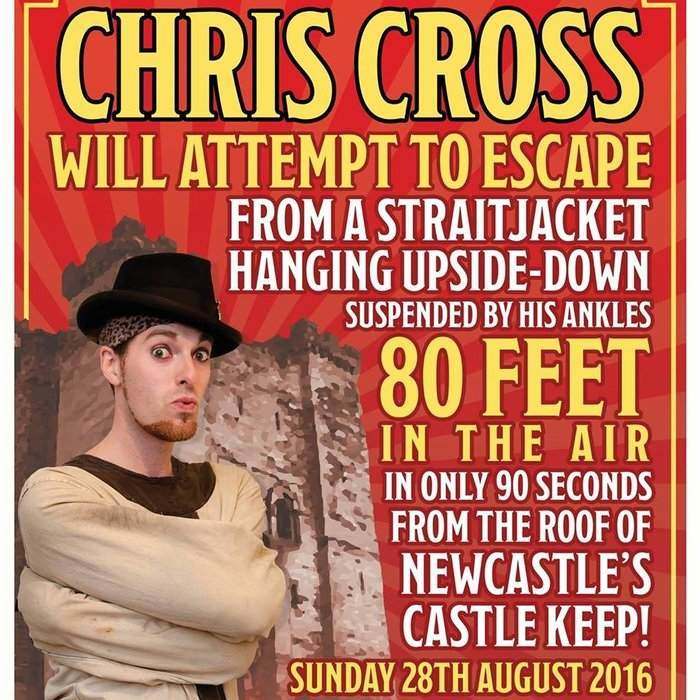 Going beyond merely starring in variety shows, Chris has also organised his own entertainment spectacular at the Tyne Theatre, days after his daring castle spectacle.

The Greatest Show On The Tyne, on Friday September 2nd, will see performers including the world’s oldest magician – 97 year old Mark Raffles – take to the stage.

Also performing will be impressionist Alfie Joey and singer Geoff Mull – of Britain’s Got Talent and X-Factor fame respectively – as well as circus skills stars, comedians and showgirls.

Chris added: “There are no proper variety shows anymore. In the days of American vaudeville and London’s Music Halls you could go see a Fantastic Show every night!

“Plus it was affordable. Now theatre is only accessible to certain people, due to the high ticket prices and booking fees on top. I’m proud to say I’m offering a variety show that’s fun for all the family at an affordable price.

“There’s that much bad stuff going on in the world right now that I think it’s nice to enjoy entertainment and take a few minutes out to appreciate the good things on our very doorstep.”

For more details of Chris’s forthcoming escape and variety show, go to www.chris-cross.co.uk.