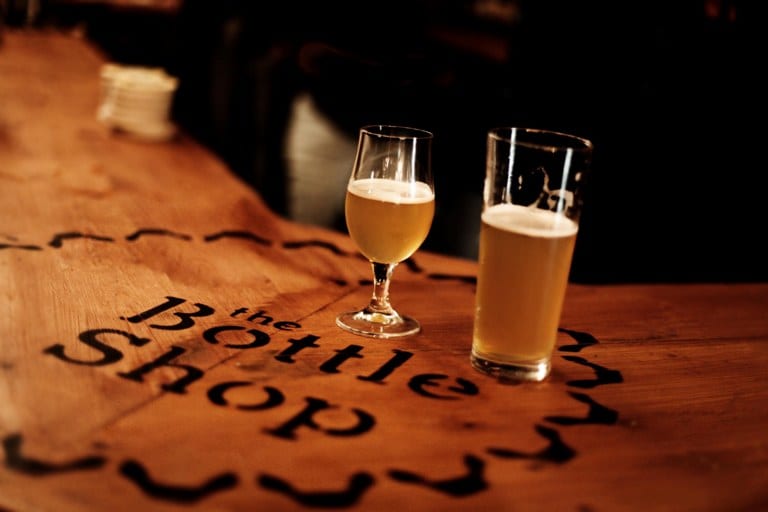 A new craft beer hotspot which stocks rare brands from across the globe has put down roots in Newcastle to fuel the city’s growing appetite for a different kind of drink.

The Bottle Shop Bar and Kitchen has opened on Waterloo Square near St James Boulevard in the city centre, offering a range of artisan, premium, handmade craft beers.

The bar, which is based in the former Electric East restaurant and has created six full time and four part time jobs, has launched in partnership with London-based craft beer company, The Bottle Shop, as the first of five bars which are planned to open in the North within the next five years.

The Bottle Shop Bar and Kitchen features 12 draft lines – 10 keg and two cask – more than 40 bottled beers and a selection of wines and spirits.

Craft beers from around the world – including Sweden’s Omnipollo brewery, and Green Flash from California, will be exclusively available at the Newcastle venue. Since opening, beers on tap have included Bristol’s Moor, Sussex’ Burning Sky, Denmark’s To Øl and Kernel.

Beer from local favourites Wylam Brewery is also served on tap – and there are plans to host beer and food matching events with the brewery in the coming months. Coffee is provided by local supplier Pink Lane Coffee.

In the kitchen, Matthew Stephenson has been appointed as the head chef, having previously worked at North East venues Pan Haggerty, Lola Jeans and Slaley Hall.

The food menu, which changes daily, features a selection of tapas dishes with recommended beer pairings, and bar snacks such as bacon and smoked cheese doughnuts with maple syrup have already proved to be a hit.

Hot roast sandwiches and pies are also on offer, as well as hearty three-course Sunday lunches with indulgent desserts such as pear and blackberry crumble, treacle tart, and chocolate and raspberry brownie.

Matthew, who was a butcher prior to training as a chef, sources local, seasonal produce, and hopes to introduce monthly street food events in the outside space, in collaboration with local vendors.

Sunderland-based graffiti artist Frank Styles has painted new artwork for the industrial-style venue – including a quote from JRR Tolkien which provides an eye-catching focal point for the back wall of the bar.

Manager Jamie Oliver, who joins the bar from Lola Jeans, said: “Craft beer is becoming increasingly popular in the North East and we’re really proud to bring a high-end craft beer bar to the heart of Newcastle. We provide a unique experience in the sense that customers can choose from a huge range of beers that are simply not on offer anywhere else.

“The location is ideal for us, as even though we’re slightly off the beaten track, we have big plans to make the most of the flat outside space with a range of pop up food events and markets.

“There’s also a great balcony with space for 100 people that we’d like to use if there is demand for it. The area would be the ideal space to enjoy an al fresco beer in the warmer months.

“We love talking about craft beer and we’re keen for our customers to tell us what they’d like us to offer. They may have discovered a new favourite brand or brewery and we’d love them to share their finds with us.

“We can’t wait to meet people who are as passionate about the craft beer world as we are – or who would like to discover more about it. We want to become known as the go-to place to enjoy quality beers in a relaxed environment with a great atmosphere.”