NGOD Unleash Single ‘Can You Hear Me?’ Ahead Of Newcastle Date 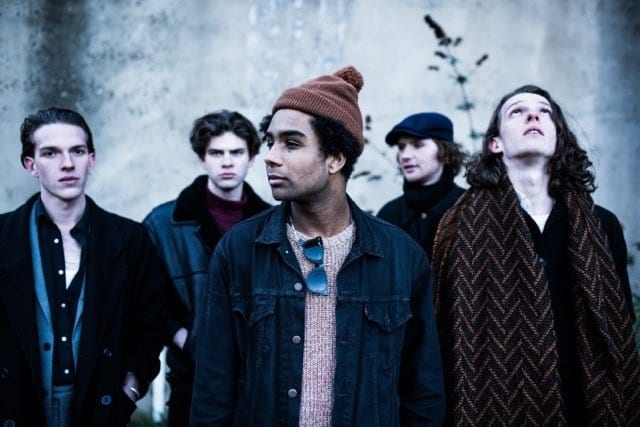 NGOD, the mysterious five-piece rockers from Bradford as fronted by Sam Augustine, unleash their latest single, ‘Can You Hear Me?’.

Creating the perfect blend of melodic hooks, technical musicianship and progressive song structure, NGOD are a band whose talents are only matched by their consistency to impress. Appealing to the indie crowd and tech-rock fans alike, ’Can You Hear Me?’ sits comfortably as a cornerstone for the band and a strong example of their fun yet intelligent music.

Feast your ears on the new song ’Can You Hear Me?’ Here: https://soundcloud.com/ngodband/can-you-hear-me

The tracks follows on from debut track ‘Blue’. The track hit the spot across the board and garnered radio play earlier this year from the likes of industry giants Huw Stephens (Radio 1) and Steve Lamacq (6 Music), as well as John Kennedy’s X-Posure on Radio X, for whom they also recorded a session.

This Autumn, the band will hit the road with their exuberant live show for a series of dates that begin in Southsea on 1st October and finish up at Hackney in London on the 14th of the month.

“Judging by their debut single, NGOD are certainly ones to watch in 2016” – The National Student

The tour follows an effervescent summer for the quintet that has seen them take in a host of festival slots at some of the UK’s finest music festivals including Y Not, Standon Calling and Underground Festival, & Festival No. 6. Earlier this year, the band’s debut track “Blue” was cherry-picked to appear on the soundtrack for EA’s FIFA 17 video game, whilst next year it has also been announced that the band will join fellow Yorkshire indie icons Kaiser Chiefs on their 2017 UK Arena tour.

Live, NGOD throw out track after track of superbly-produced up-and-down beat, angular rock that sprawls from the stage in sheer blockades of power – catch them at the following dates this Autumn.

A series of virtual running challenges will help you start the year strong, ready for the start line in September

Read More »
January 6, 2021
PrevHave you read?These Are ‘Prime Times’ For Newcastle’s Consumers
Next read...Back to Black With Cruize Fashion NewcastleNext