Twister send a whirlwind of their own through the Lechlade Festival 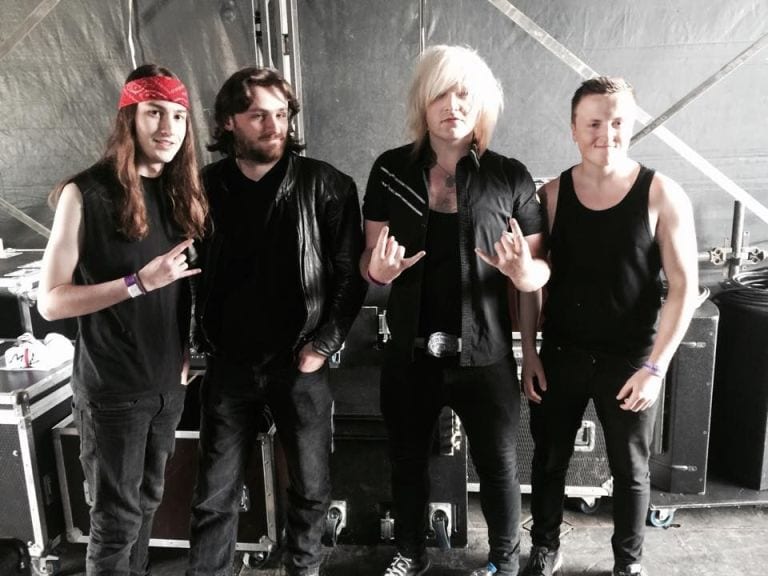 On a glorious bank holiday weekend UK Rock band, Twister, lived up to their name as they sent a whirlwind of their own through the Lechlade Festival drawing plaudits from non-other than the Quo’s Francis Rossi.

Catching up with the lads backstage he was more than willing to chat and said of their performance that: “Your songs are great,” “that Pink Floyd cover was amazing,” and “F*&% you’re loud,” credit indeed.

Now though, as they head back to some sort of normality, and having parted ways with LMC Records, lead singer Stevie Stoker was on hand to tell fans, and the music world, what their plans are for the future.

“We’re starting our own label and, having announced via social media, the opening of the studio, we are looking at not only our own future,” began Stevie. “Famous Last Words will come under the new banner which is not only for us but for other like-minded musicians.”

Along with Keith Fusco, Stevie will be aiming to launch ‘Artist & Everything’ as they go into a unique brand of business together. He added: “We will be looking at covering every aspect of what a band needs whether that be a studio, and somewhere to make records, photography and video aspects, building of social media networks, the whole nine yards really.”

As for the band themselves, they’ve certainly come on leaps and bounds and continue to push the limits. Including Lechlade they have put in a lot in recent times and Stevie continued: “Both the gigs, and the band themselves have been unreal. “The work ethic we’ve all put in has been incredible and although we are doing a lot of things it’s both hard and enjoyable at the same time. We do it for the love of music and what we do together because we are great musicians in a great band.”

Famous Last Words is due for release to Twister and Twisterettes on June 14, further information of which will be available in due course.