Last year Newcastle Theatre Royal had its most successful year since records began... 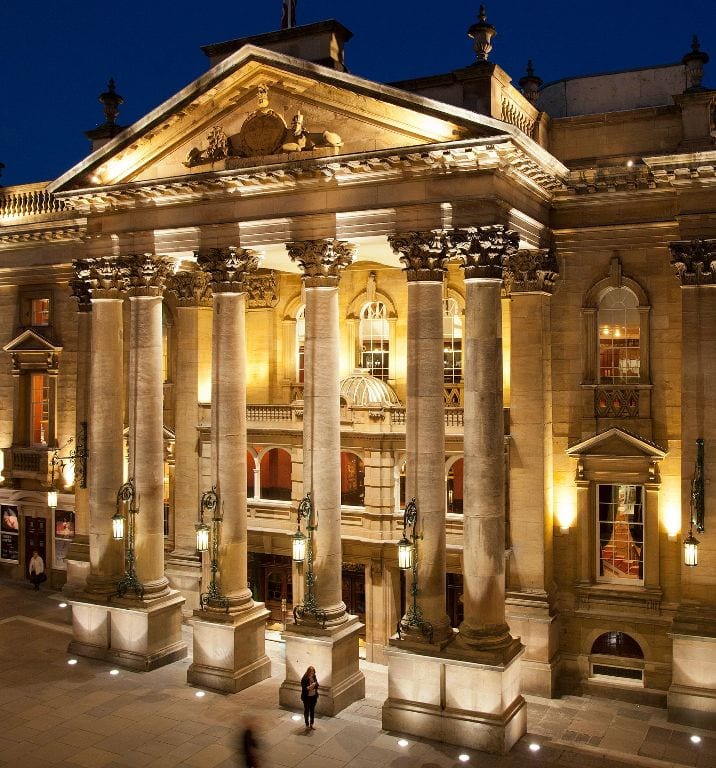 Newcastle Theatre Royal’s Annual Report for 2014/15 details record breaking figures for the charity despite a drastically reduced level of funding and a tough economic climate, and points to an unprecedented success story.

Between 1 April 2014 and 31 March 2015 the Grade 1 listed Theatre welcomed 44 visiting theatre, opera, ballet and dance companies and presented 406 performances to a staggering 405,681 people. The attendance for the year was at 80% capacity, which is an astonishing 21% above the national average.

With a turnover of £12.4 million (up £2.6m on last year), the not-for-profit Theatre supported 50 full time equivalent jobs across the North East and returned £338,652 to the Government in Tax, National Insurance and VAT.

The year 14/15 has been the Theatre’s best ever in terms of ticket sales, with a total of £10.3m worth of tickets sold. This comes in the same year when it received a lower level of funding than ever before (and in 15/16 will receive no ongoing revenue funding). This success is down in a large part to shrewd management, in particular the programming of another blockbuster pantomime that smashed all previous records and a run of hugely successful musicals which did storming business in the Box Office, including Cats, Top Hat, Dirty Dancing and The Curious Incident of The Dog in The Night-Time.

Newcastle Theatre Royal Trust is an independent registered charity (No.504473) operating not-for-profit and keeping only a small percentage of the ticket price as a contribution towards the running costs of the Theatre.

Chief Executive Philip Bernays said: “The year 2015/16 will be the first year we receive no funding from the City Council, so to have such a successful year in 14/15 is a hopeful indication of our strength and success in our new autonomy.

“We strive to excel in everything that we do in order to attract audiences in what is a very competitive market, and the word ‘Welcome’ continues to be our central mantra. We always try to give our customers the best experience without charging inflated prices – in fact the average price paid at the Theatre Royal in 2013/14 was £22.39 which is slightly below the national average for theatre tickets, and considerably lower than the price of a ticket for a Premier League football match!

“The report shows outstanding figures, which are testament to the quality of the programme, of the building and, most importantly, to the efforts of all our staff through the strength of teamwork and of the team.”

Over the course of 14/15 38,267 people bought tickets for the first time, and across the board the most popular show genre was Musicals (accounting for 32.7% of visitors), closely followed by the famous annual pantomime at 24.4%.

Highlights of the past year include the commencement of the Theatre’s major Back of House refurbishment – a renovation of backstage areas, including the Green Room and dressing rooms. It is the first time the backstage area has been refurbished or decorated since 1988 and represents the second act in a major facelift, ‘Act One’ being the Theatre’s award winning £4.9 million auditorium restoration which took place in 2011. The refurbishment is well on track and set to be complete by the end of August.

As well as proving another blockbuster of a show, our panto was once again broadcast to hospitals across the UK via Hospedia TVs. This year it was also screened in Northern Ireland for the first time, and so reached more patients than ever before.

2014/15 also saw the Theatre become the first theatre in the UK to be presented with the Autism Access Award, following a year-long project to develop an all-inclusive approach in relation to the specific needs of theatre-goers with autism. Local firms ITPS and The Benfield Trust supported the Theatre’s relaxed performances, and The Monument Trust and Benfield Trust enabled them to purchase additional captioning screens for their Access performances.

The Theatre was also shortlisted for Most Welcoming Theatre in the My Theatre Matters awards and was presented with an Association of Building Engineers Gold Laurel Award, for the restoration of the auditorium. Furthermore, we added a second star to our Industry Green accreditation in recognition of our further commitment to managing carbon and improving environmental performance.

The Learning programme has also been reinvented and reinvigorated, focusing more on the Theatre building and main stage programme, and is proving a great success – last year the Theatre engaged with 7,142 people.

The Theatre is also famous for having the most generous Friends scheme in the UK and the largest arts membership scheme in the region – last year it attracted a total of 6,902 Friends & Advantage members. It’s also a favourite among the business community and received support from a number of local businesses.

Read More »
December 15, 2021
PrevHave you read?Fenwick to offer innovative wine retail experience to customers
Next read...Celebrating a decade at the heart of the city’s live music sceneNext