Oasis to REFORM after Liam and Noel Gallagher reunite 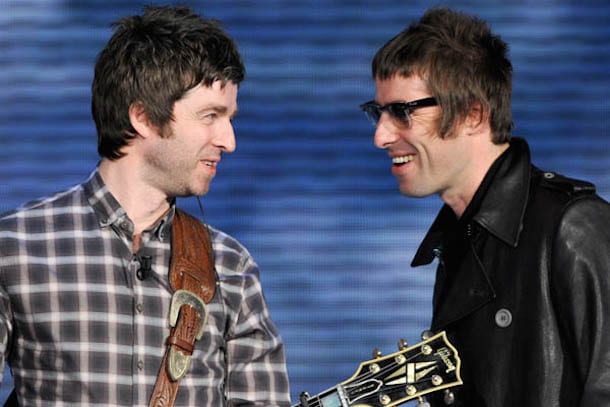 Noel and Liam Gallagher have reportedly ended their bitter feud and made the first steps in reforming Oasis- with the pair discussing the possibility of a re-union as early as next year.

The reunion could re-ignite the revival of the Britpop battle of the 90s as bitter rivals, Blur, release their new album this month (their first since 2003).

The Mirror reported a source close to the brothers saying: “It’s early days in terms of the details, but Noel and Liam, are back on good terms and ready to give things another go. Nothing is signed but it’s what you might call a gentlemen’s agreement between them.”

However, Noel’s publicist has strongly denied there is to be a reunion.

The pair famously fell out at V Festival in 2009 when they cancelled the band’s performance. At the time, the official reasoning for the band pulling out of their headline spot was because Liam was suffering from laryngitis. However, Noel later said his brother didn’t want to play because he was hungover.

Since the split, The Gallagher brothers have time and time again scoffed at the idea of a reunion.

But speculation was sparked last year on social media when Liam tweeted and spelt out Oasis in five separate tweets, followed by a further tweet saying “OASIS” and signed “LG”.

At the height of these rumours, Paddy Power and Ladbrokes suspended bets on Oasis reforming and headlining Glastonbury in 2014.

However, Noel later that week downplayed the possibility of a reformation, joking he would reform Oasis for £500 million – or 500 million condoms.

Whilst NGHFB claimed awards and number one spots in the charts, Liam didn’t quite manage to emulate his brothers’ success post-Oasis, with Beady Eye eventually splitting last year.

The Oasis reunion could certainly prove to be a lucrative money-spinner and with their 25th anniversary of their formation coming next year, this could herald a new chapter in the bands history.

Some might say this is just another rumour, but don’t look back in anger lads and let there be love.