Oldest UK human remains on display at The Hancock 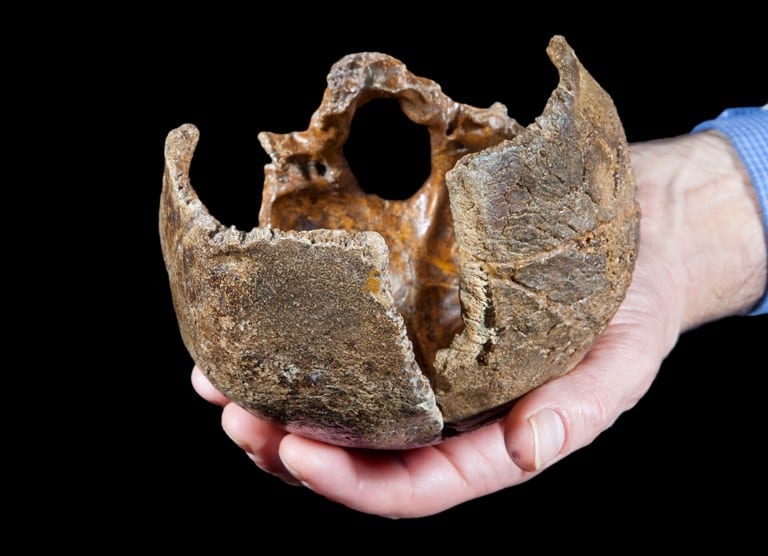 Some of the oldest human remains ever found in Britain are on display at the Great North Museum: Hancock on loan from the Natural History Museum, London from 24 February – 17 April 2016.

The Swanscombe skull, found in Kent and thought to be about 400,000 years old, is part of the Humans in Ancient Britain display which also includes three other significant prehistoric artefacts including an intricately carved 14,000-year-old harpoon point.

Following the success of the Natural History Museum’s popular exhibition, Britain: One Million Years of the Human Story, some of the most fascinating objects are to be displayed across the UK.

Alex Boyd, Exhibitions Officer at the Great North Museum: Hancock said: “It is very exciting to have such powerful artefacts on display that connect so deeply to the story of the origins of people in our country. For us it is particularly significant since one of this museum’s first curators William King was an expert in this area.“Thank you to the Natural History Museum for allowing us to share such human treasures with our visitors.”

The term Homo neanderthalensis was first used to describe a separate species of human by Prof William King at the British Association for the Advancement of Science meeting in Newcastle in 1863.

King was a self-educated man from Sunderland who became curator of the Newcastle Museum (which was based at the Lit & Phil Society in Newcastle and whose collection later filled the Hancock Museum) and then a Professor of Geology and Mineralogy at Queen’s College, Galway.

There are two free talks at the museum in conjunction with the display of these exceptionally significant items. Palaeontologist Prof David Harper from Durham University explores the life and legacy of William King on Tuesday 22 March; and on 6 April Prof David White, from the archaeology department at Durham University will talk about the early occupation of Britain and the people who have lived here over the last million years.

Both events are free, and booking is advised; booking links can be found on the museum’s website at: www.greatnorthmuseum.org.uk

Image credit: © The Trustees of the Natural History Museum, London

OPENING TIMES
The Museum is open from Monday – Friday 10am – 5pm, Saturdays 10am – 4pm and Sundays 11am – 4pm and has free entry.
WHERE
Address: Barras Bridge, Newcastle upon Tyne, NE2 4PT