Palace set to play at The Cluny 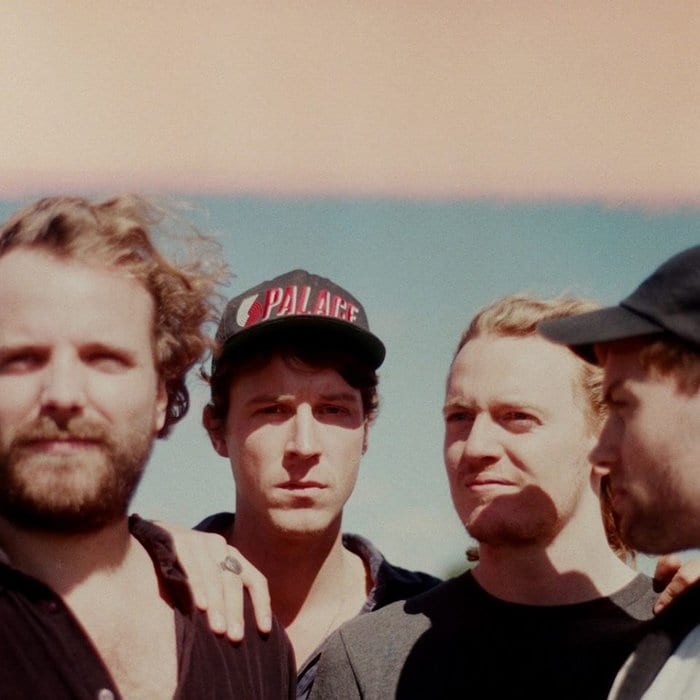 When the notification popped up alerting me that Palace would be flying up the A1 to one of Newcastle’s most intimate venues in the Spring of 2017 I threw down my lukewarm morning coffee in a rushed effort to set numerous alarms (Yes, this post-graduation life has seen me bedbound until the PM) to attain my tickets.

“But, but, I’ve never even heard of them” I hear you innocently ignoring people cry. That’s the beauty, their authentically gifted talent does not necessarily match up to their history thus far in the music industry. Those who knew, knew. Formed in 2012, Palace have gigs to their name, including supporting the nostalgically teenage dreamboat Jamie T, on his comeback tour around London, asked at the time with only one EP under their belts. Quite the risk for such an unheard-of band to warm up your crowds Jamie T, but we salute your ballsy, middle finger to the norm approach as your risk pulled off cause they’ve only went and released their debut album in the last month haven’t they!

Teasing us fortunate ones who stumbled across them early on with a few EPs ‘Chase the Light’ and ‘Lost in the Night’, songs ‘Veins’ ‘Ocean Deep’ and ‘Bitter’ making up the latter enough to make a 3 song album worth the £10 you’d pay for a full one, if there ever was one. It’s these songs where you can really hear their raw talent, before they’ve had any real commercial success, they’re experimenting and jamming, playing for their own enjoyment rather than distorting their sound for mainstream ears. Picture Frank Underwood and his wife Claire, from House of Cards, sitting by the fire of the White House, a place he ruthlessly strived to get to, swilling a single malt and taking it all in how he got there in the first place, its ‘Veins’ you hear in the background, their bluesy/sexy tones elevating their success. With so much that sounds the same on the radio, people have naturally gravitated towards sounds that are unique and bring an interesting perspective to the indie palette, Palace are taking advantage of this and people are coming to them.

You could say its almost arrogant the way their subdued and mellowed EPs didn’t burst onto the scene like most artists are told to do. Their laid back, soft sound may not be enough to arouse the sensations of rowdy, drunk teenagers at gigs like the aforementioned Jamie T is renowned for doing, but it will certainly attach itself firmly to the senses and not let go, nor will it be shrugged off in any real hurry, their unique underdog approach are winning people over and leaving them wanting more.

New album ‘So Long Forever’ explores new avenues with upbeat songs ‘Break the Silence’ and ‘Have Faith’. No longer are they the band that plays in front of fireplaces in local pubs, these guys are ready to unleash their sound against the vibrating walls of larger, acoustically hollowed out venues, and their still-bluesy / more indie-rock sound will complement this perfectly.

Perfect for couples this one, their seductively piercing sound will wrap around and engulf those tipsy swaying bodies, with some maybe even sacrificing their shoulders for eager partners should they wish to go the extra mile and get right amongst the atmosphere.

Tickets are £12 with a booking fee and went on sale at 9am this morning.