Newcastle is a city with a serious appetite for football... 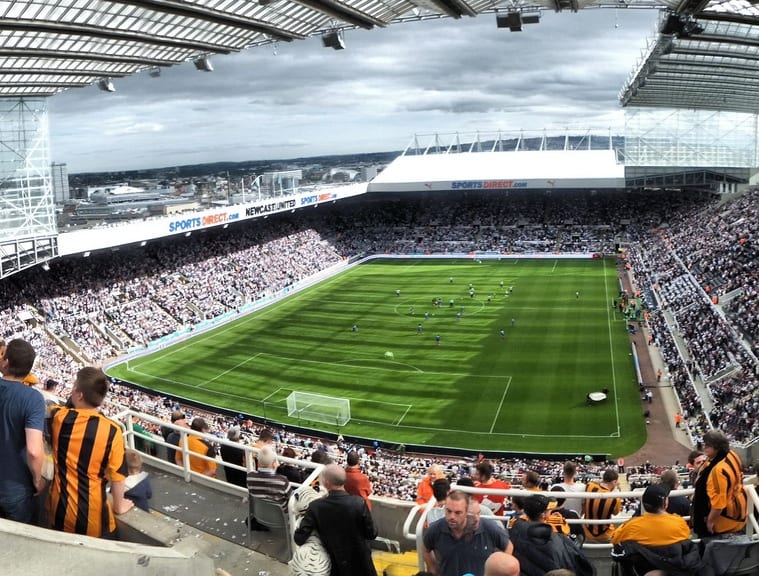 Newcastle is a city with a serious appetite for football, and is home to some of the most loyal and passionate fans on the planet. St James’s Park is like a temple to these people, and with good reason. It is a venue that is steeped in rich history and is renowned for one of the most electrifying atmospheres in football. On a visit to the city of Newcastle, a trip to this iconic stadium should be on everyone’s list of things to do.

There have been proposals over the years to change the name of the stadium, and even move Newcastle United football club to a larger venue, but St James Park has stood strong through it all. In 1995 there was a plan to move the club a very short distance away to Leazes Park.

The proposal was for a £65million stadium that would be similar to the San Siro in Italy. As the San Siro was home to Italian giants Inter Milan, it only seemed fitting that one of England’s top clubs should also have such a grand stadium. Plans for this fell through, though, and eventually the owners opted to expand the existing stadium.

In 2011 the club’s owners caused uproar amongst fans when they decided to change the name of the stadium to the Sports Direct Arena. This was supposed to be a temporary measure to show that the club was a good sponsorship opportunity to interested parties. It was thought that the previous name had not been commercially attractive. When Wonga.com became the main sponsors in 2012, they purchased the naming rights and restored the name St James’s Park to the relief of the support.

Football has been played at St James’s Park since 1880, making it the oldest stadium in the North East. Many may not know that the first team to play there was called Newcastle West End F.C. The Newcastle United F.C of today have played there since 1892.

When Newcastle were promoted to the First Division in 1898, the club made a major effort to start to develop the ground. Over the years, expansion has continued and now the capacity is just over 50,000, making it the fourth largest club football stadium in the country behind Old Trafford, Emirates Stadium, and Etihad Stadium.

When paying a visit to St James’s Park, newcomers will be struck with the awesome architecture at first, but once inside they will be subject to what some describe as the best atmosphere in football.

Even though nowadays the club aren’t experiencing the same kind of success as they had in the past, with their odds at around 12/1 in the football betting at the time of writing to finish in the Premier League’s top 10, the fans are some of the most diehard and loyal football supporters in the world and this has meant that the thrilling atmosphere has remained over the years. It’s not too far from the city centre and is easy to get to. So, on your next trip to Newcastle, be sure to pay a visit.