Dragons, lions and firecrackers – how Newcastle is planning to welcome the Year of the Pig 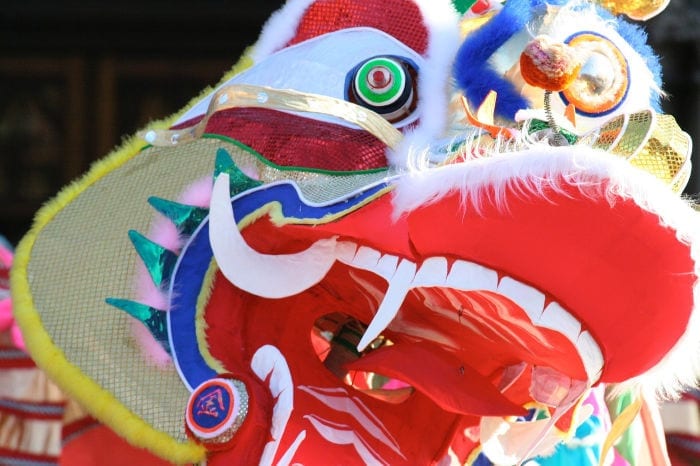 Newcastle will welcome in Chinese New Year 2019 with huge celebrations and a parade on Sunday 10 February.

Starting in the centre of Newcastle and finishing with firecracking fanfare on Bath Lane, the parade will go from the heart of the city to the centre of Chinatown.

The famous dragon parade and lion dance will form the mainstay of the parade with hundreds of participants and spectators expected to enjoy the festivities.

Starting at Old Eldon Square at 11am, the parade will bring the Chinese New Year celebrations into the heart of the city for a second year running.

Traditional Chinese dragons, lion dancers and drummers will work their way from Blackett Street to Chinatown in an hour long parade that will end with firecrackers and drumming along the length of Stowell Street.

The parade will finish under the Chinese arch at the official entrance to Chinatown.

Support from both NE1 Ltd and Newcastle City Council, has allowed the Chinese Community to extend the Chinese New Year celebrations in Newcastle this year which will celebrate the Year of the Pig in the Chinese Sign of the Zodiac.

Adrian Waddell, Chief Executive of NE1 Ltd said: “We are very much looking forward to this year’s Chinese New Year, especially as more of the city can now be involved in the celebrations.

“We are proud to sponsor the parade for the second year running and we’re committed to working with the city’s Chinese community to help grow the event in the future.

“The New Year celebrations are a major date in both the Chinese and city’s calendars and we’re delighted that more of Newcastle gets to enjoy and take part in the festivities.  Kung Hei Fat Choy to everyone.”

This year will see a stage set on Bath Lane for the celebrations at the end of the parade.

Restaurants and shops will be open on Stowell Street during the festivities selling many traditional Chinese New Year foods, treats and decorations.

Red is the main colour for the festival as it is believed to be an auspicious colour – and the street and shops will be decorated with red Chinese lanterns and other celebratory decorations.

Yunwan Zhang from the Chinese Festival Group said: “Chinatown in Newcastle is a buzzing vibrant part of this wonderful city which not only boasts many fantastic Chinese restaurants and supermarkets and the splendid and recently renovated Chinese Arch but it also has parts of the original, historic City Walls and lies close to St James’ Park.

“The Chinese dragon parade is only one of a number of events and celebrations taking part in Newcastle this Chinese New Year and we hope that more people come into the city and to Chinatown to witness the spectacle and to enjoy the tastes, sights and sounds of the celebrations.

“I hope the year of the Pig brings great fortune to the city and all its residents and visitors.”

Read More »
December 15, 2021
PrevHave you read?Newcastle set to get even cooler with the opening of its first ever ice bar
Next read...Elmer’s Great North Parade is coming into town and Alfie Joey is joining the herdNext