Pride is coming back to Newcastle bigger and better, and this year it will be taking over two locations 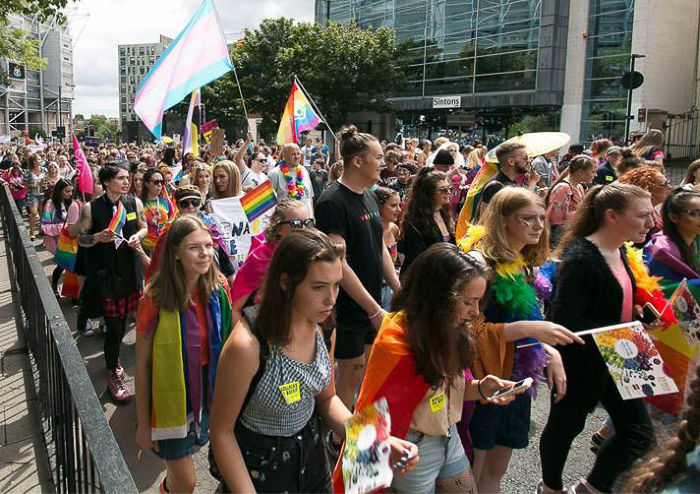 Northern Pride, one of the UK’s leading LGBT+ festivals returns to the North East this summer, with its most ambitious event to date.

Organisers of the Northern Pride Festival, formerly known as Newcastle Pride, have revealed that this year’s weekend event will take place from 19 – 21 July and will be spread across two locations for the very first time.

The Town Moor will be home to the Festival Arena, which will host the big name acts still to be announced on the main stage, as well as the fun fair and platinum bar and garden.

And across the moor, Exhibition Park will house the Community Village, which includes the Family and Youth Zone, Health and Wellbeing Zone and the Rainbow Village, with more still to be added.

The change in site location aims to accommodate the growing festival, which was attended by more than 78,000 visitors last year – with 20,000 marching in the parade – and which has been selected as the host for UK Pride in 2020.

Ste Dunn, chair of Northern Pride – the LGBT+ charity which organises the event – believes this year’s festival has the potential to be the best yet.

“Each year we are looking for ways to make the festival even better than the year before and this time is no different, with some really exciting plans in the pipeline,” said Ste.

“The event is nothing without community and having the two sites allows us to welcome even more people to celebrate the diversity of the city, whilst also delivering a music festival with some amazing acts lined up.

“We have a whole host of events and activities taking place in the run-up the main weekend, so it is looking to be a fantastic summer of Pride.”

Nick Forbes, leader of Newcastle City Council, said: “The festival continues to be one of the highlights of the year for the city, boosting the local economy and bringing in tens of thousands of visitors.

“It’s a fantastic free event for the whole family and I am delighted that it is returning with big plans for the coming summer.”

Organisers have also announced the theme of this year’s event, marking 50 years since the Stonewall Riots, which took place during a police raid of New York gay bar, the Stonewall Inn in 1969.

Raids of this kind were frequent at the time and the riots were a reaction against the routine discrimination towards the LGBT+ community, serving as a catalyst for the gay rights movement in the United States and around the world.

The festival is free to attend but Platinum Passes, which have replaced last year’s VIP and Golden Circle tickets – are on sale at www.northern-pride.com/tickets for those who want to secure a prime viewing spot and access to a private bar, marquee and posh toilets.

For more information and to keep up to date with all the events on the Northern Pride Festival programme, visit www.northern-pride.com or search northernprideuk on Facebook, Twitter and Instagram.