Rafa open to changing tactics for the visit of Arsenal 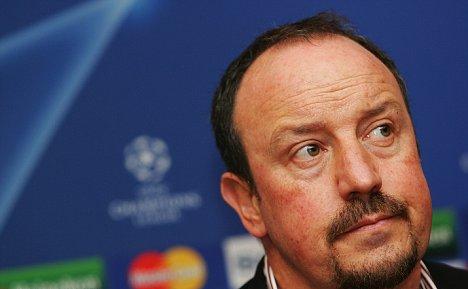 One point from four games doesn’t quite tell the full story of our start to the season.

Similarly our visitors this weekend have endured a tough start to the 2018/19 Premier League season but Rafa Benitez saw enough positives from the 2-1 defeat to Manchester City to be willing to change tactics against the Gunners.

Earlier this month Newcastle captain Jamaal Lascelles and Matt Ritchie reportedly had to be split up twice during training, the pair had heated exchanges following Lascelles being critical of Benitez’s defensive approach following the defeat to Chelsea.

The Newcastle boss said he thought the bust up was a positive and showed the players care.

“As a manager, you want professionals who care and try to compete and win.

“In all my life as a player and a coach, every year you have two or three situations in the dressing-room during a game or during a training session when something happens between players.

When we travelled to the home of current champions Manchester City many would have been forgiven for fearing the worst – given the 6-1 hammering they had just handed to Huddersfield Town.

Things certainly didn’t look good for us when Raheem Sterling put City ahead after just eight minutes, however, the players showed great commitment, dug in and played for each other.

The scores were levelled on the half hour mark, against the run of play maybe but none the less we were back in the game.

Only a superb long range strike from Kyle Walker in the second half proved to be the difference and although it was another loss the way we tried to play against them certainly drew praise from the manager.

Now though we host Arsenal on Saturday afternoon and we need a result – things are certainly not falling apart at St James’ Park but another defeat will do the players confidence no good.

Speaking ahead of the game against the Gunners Benitez certainly seems willing to change from a defensive set up to a more attacking formation.

“I like to win and approach every game thinking you can win,” Benitez said, “We knew everything had to be perfect, but the way they worked and fought for each other on the pitch, as a manager you have to be proud of them.

“I think we have more or less seen what we have: it is a team that is united, a team that is working hard in defence, and that will also try to go and attack.

“Obviously, Arsenal will still be tough because they are another top side, but maybe we will have a few more chances.

That can be good, although sometimes it can also be bad because you have to take more risks, but we have to do it.

“After, we will see against the other teams. I cannot say we are better than anyone, but if we work like we did [at Man City], we cannot be worse than anyone either. We can beat and compete against anyone.”

Arsenal have conceded eight goals from their opening four games so the opportunity for Newcastle to get at them early on and put them under pressure will certainly excite Geordie fans.

The Gunners keeper Peter Cech has looked shaky in possession at times this season and as long as Unai Emery keeps faith with him there is plenty of opportunity for Newcastle to record the first win of the season.

Since that day at the Etihad we have had the International break where we’ve had a couple of our players in action.

Salomon Rondon who joined on a season long loan from West Brom scored twice on International duty for Venezuela – scoring twice against Panama.

Fabian Schar and Ki Sung-yueng both played a full 90 minutes for Switzerland and South Korea respectively, while DeAndre Yedlin appeared as an 85 minute sub for the USA and Ciaran Clark was an unused substitute for the Republic of Ireland.

Read More »
December 15, 2021
PrevHave you read?Three to see this weekend: A gin fest, comedies best and films to help you rest
Next read...Get excited about lunchtimes again with Dobson and Parnell’s new take on casual fine diningNext