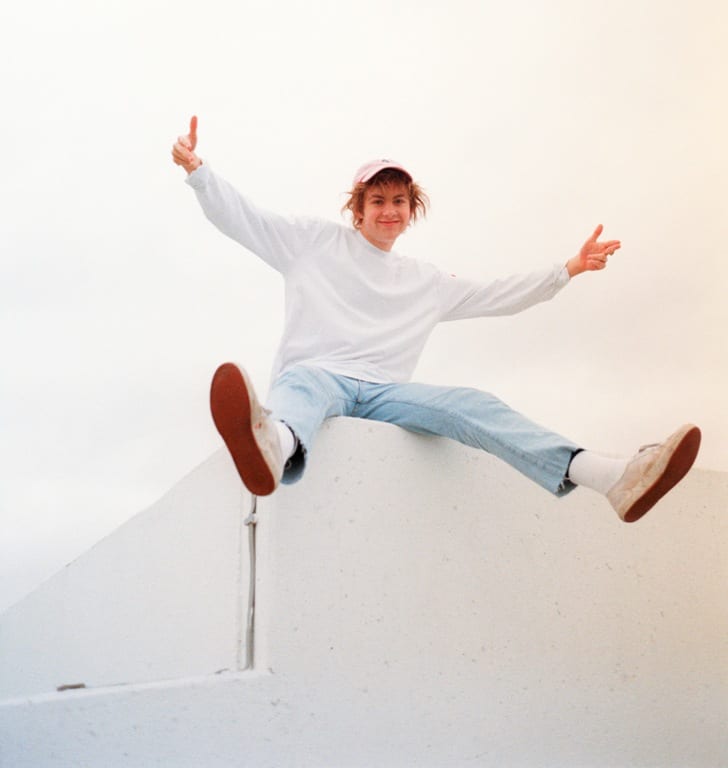 Featured on the BBC Sound of 2016 longlist, the MTV Brand New for 2016 shortlist and nominated for Best New Artist at the NME Awards,19-year-old Rat Boy is poised to make a major breakthrough this year.

Rat Boy’s fast-growing profile will be further boosted with the release of his brand new single ‘MOVE’ which is available now and impacts on March 4th on Parlophone. Recorded at 13 Studio, ‘MOVE’finds Rat Boy resurrecting the boisterous bounce of the big beat era for the modern age, with his British Beastie Boy rap declaring “Everything’s free if you want it to be / Take my MP3 illegally and MOVE!”

“The cheeky and punk rock project of 19 year old Essex newcomer Jordan Cardy delivers upon his growing buzz.” – THE FADER

Rat Boy personally asked Dillon Markey to direct the track’s accompanying stop-motion music video. The Los Angeles-based director, animator and inventor who is best known for his work on Robot Chicken and for ‘Fresh Guacamole’, his Academy Award-nominated collaboration with animation artist PES. Early in 2015, Dillon was featured in a short documentary called ‘Playing With Power’which demonstrated how he modified a Nintendo Powerglove to use it to animate on Robot Chicken and other stop motion projects. The video went viral and sparked a resurgence of interest in the ill-fated game controller.

“A potent mix of Blur’s cockney knees-up side, the urgency of The Libertines and Beastie Boys’ in-yer-face raps.” – NME

‘MOVE’ will be released on digital, vinyl and cassette formats.
In addition, today also brings news of a second major development in the Rat Boy camp with the confirmation of his biggest headline tour to date. Commencing at the end of April, the tour sees Rat Boyupscaling to an even larger London show at O2 Shepherd’s Bush Empire.

The new headline tour adds to what is already a hectic gig schedule. Rat Boy’s first show of 2016 at Heaven on January 26th is also his biggest to date and long sold-out, while he’s also set to hit theNME Awards Tour 2016 on a bill that’s headlined by Bloc Party and also features Drenge and Bugzy Malone.
In addition, Rat Boy was also in the first wave of artists to be announced for this year’s Reading and Leeds Festivals alongside the likes of Red Hot Chili Peppers, The 1975 and Slaves.
January – NME Awards Tour 2016
26th – London, Heaven (headline show)
29th – Cardiff, Great Hall
30th – Southampton, O2 Guildhall