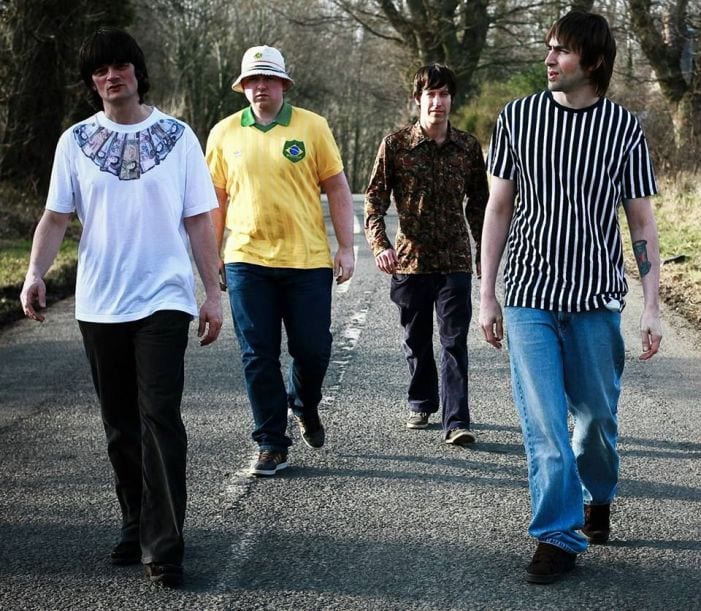 The band, created in honour of Manchester’s Indie legends, The Stone Roses, have been seconded by Relentless Promotions to perform at the end of the Bank Holiday weekend, on the back of gigs in Bathgate (August 28) and the Scooter Rally in Millport (August 29).

The quartet, made up of singer Ricky Toner, lead guitarist Jerry Levy, bassist Matt Checkley and drummer Mark Harper are pushing on since the first inception of the band, as ‘The Complete Stone Roses’ back in the summer of ’98 and toured alongside original band member, Gary Mounfield, aka Mani, for several years.

Drummer Mark was the last to join in late 2005 just before the band took a step back for family situations. However, after a number of years in the wilderness the quarter returned with a vengeance last year and have been at it non-stop ever since.

“Since the return last summer everything has snowballed for us and, of the dozen or so gigs we’ve done, we’ve had the like of Joy Division, Primal Scream, Northside, and Stone Roses themselves all been to see us,” began Ricky.

“Granted we still have to push ourselves but it’s been mind-blowing being able to perform with Mani (original Roses band member) from a band that I’ve not only loved, but grown up with for many years. Doing this means we can still give the people a chance to see what the Stone Roses were like.

“Moving forward though it’s becoming a great headache to have so many gigs, continuously doing this but it’s like we’ve never been away and with all the great, positive feedback we’ve had since coming back, we can’t complain.”

For Danny Cox, CEO of Relentless Promotions, bringing Resurrection to the Bay was a no-brainer, especially at the end of a bank holiday.

“Steve (Wraith) and I are both fans of the original Stone Roses and when we heard these guys perform we just had to do something so we’re delighted that Ricky has agreed to come here, to Whitley Bay, with Resurrection.

“Good music always goes down well in the north east and the Stone Roses were up there with the best of them.”

TICKETS
Relentless Promotions presents Resurrection, a tribute to the Stone Roses on Sunday August 30 at Deep Nightclub in Whitley Bay with the doors opening at 6pm, Resurrection on stage from 8:30pm. Tickets are available direct from Deep Nightclub priced at £10, or from www.relentlesspromotions.co.uk and the ticket hotline 07742936570.