Review: A night of magical musical escapism, back to the golden era of clubbing 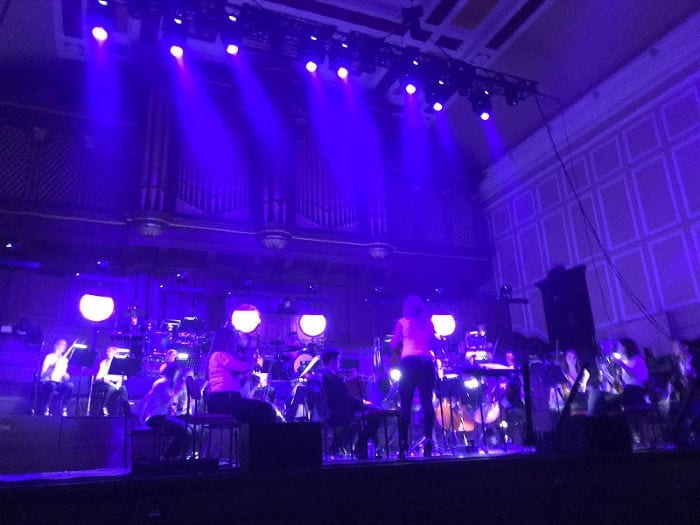 Newcastle welcomed Gatecrasher Classical to the City Hall on Saturday (23 February) –  and it was glorious.

Following the success of previous shows in Sheffield, Liverpool and Bournemouth, this was an eagerly anticipated event.

The City Hall was an ideal venue for such a night. It’s spacious yet inclusive, friendly and vibrant.

The bustling bar was reflective of the heightened mood, people were here to enjoy the experience and hark back to more hedonistic days.

We were fortunate enough to arrive early which meant we avoided significant waits at the bar, as staff struggled to keep up with a very thirsty audience.

As we made our way to our seats, there was already a building atmosphere of club-hardened souls being met with thumping bass and mesmerising dance beats: this was not going to be a quiet night by any account.

A slight delay didn’t dampen spirits, and Judge Jules’s appearance to introduce the evening was met with an explosion of whistles and euphoria.

A quick glance around and it was easy to see that seats were going to be redundant for the evening.

The orchestrally-led show added power, depth and sound, playing some of the greatest dance songs of all time.

The crowd were on their feet from the first bar of the opener Seven Cities by Solarstone and the night continued in similar style with hits like Silence (Delerium Song) by Tiësto and Bullet in the Gun by Planet Perfecto, all instantly recognisable from the first note.

Some of the more hard-core club goers may have been sceptical that an orchestra could do these timeless classics the justice they deserve, but it’s our opinion that they did this and more.

The prominent orchestral arrangement, underpinned by live DJ sets, vocals and electric guitar gave the show a unique flavour which won the crowds approval from the onset.

Lasers, strobes and confetti added to the feeling of a genuinely immersive nightclub experience from clubbing nights gone by.

As we made our way back through the city, exhilarated and exhausted, our night was over, but for many of the Saturday-night revellers it was on to more of the same, with Judge Jules hosting the Gatecrasher Classical after party at the Riverside.

Read More »
December 15, 2021
PrevHave you read?Take a sneak peek inside the redevelopment of the City Baths
Next read...This business in Newcastle makes alcoholic tea – and it’s going down a stormNext