Review: The Artisans – Yield To The Night

The Artisans bring an indie pop sound with substance to the North East music scene... 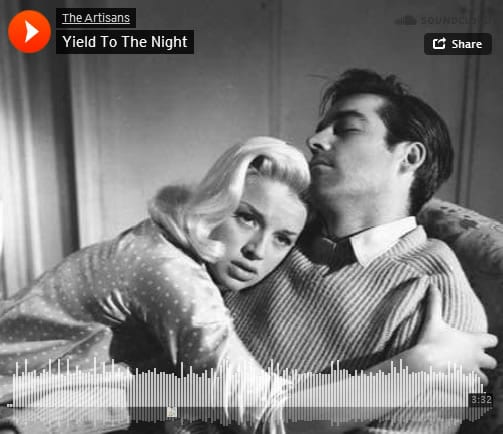 Sometimes in the endless voyage to discover new music, simplicity is the best policy. Many newcomers now use technology and effects not as a tool to better their output, but as a crutch that detracts from the human element of music.

As a bit of a born-again music purist, I had shunned the onslaught of heavily produced music before accepting it as a natural progression. But when I discover new bands that celebrate an organic sound, it gives me hope that music will always remain at its forefront, human.

The Artisans, hailing from Hartlepool and Newcastle, bring an indie pop sound with substance to the North East music scene. In their current line-up, the four piece consists of frontman Kevin McGrother on vocals and guitar, Nick Thompson on lead guitar, Karen Foster on bass, and Mark Cliff on drums. Since forming in 2014, they have spent time honing their craft across a variety of live venues.

The band’s music is currently accessible on their Soundcloud page, before their upcoming debut album in 2016. They have received praise for their unique songwriting style and infectious melodies, with the single “However Much I Love You, I Love Lloyd Honeyghan More” proving a firm favourite among critics.If their latest single is any indication of things to come, Newcastle is in for some seriously mellow material this year.

Nostalgic influence is rooted firmly in the guitar parts. “Yield to the Night” evokes a curious blend of 80s and modern influence, with Nick Thompson’s rose-tinted guitar tone elevating the song from ballad to classic. Bright riffs in the chorus show equal parts confidence and restraint, which is a welcome change from seeing guitarists struggle to hold attention without blistering solos.

Kevin McGrother’s soft spoken vocals bring an instantly likeable quality to the music, self titled as “bitter as it is sweet”. There’s an unmistakable honesty there that can be lost in newcomers’ music, a vulnerability that shows the potential for depth across the album. Seeing some variation from the airy vocals would further their sound – incorporate the concert-hall vocals of Maximo Park, and the result could be phenomenal.

Karen Foster’s punchy tone is created with her Rickenbacker bass, the weapon of choice for any established four stringer. The smooth shifts across the fretboard always feel at home, complimenting other parts and sometimes stealing the show. Her joyous bass part on the outro takes centre stage, making the argument that musical equality is at the heart of The Artisans.

“…If their latest single is any indication of things to come, Newcastle is in for some seriously mellow material this year!”

Mark Cliff’s drumming is testament to this – I am always happy to hear a drummer using the entire kit, and Cliff’s energetic beats give the softer melodies bite. Blends of syncopated and more conventional rhythms mirrors the band’s quirky mission statement for the alternative, with the choices of fills showing a musician willing to push outside their comfort zone.

Without a doubt, The Artisans have a strong sound that leaves none of their members short. If I could suggest anything to further their sound, it would be the addition of backing vocals. Listening to the chorus in “Yield to the Night”, some contrasting harmonies would flesh out the main part and allow for experimentation. Hearing Foster’s part in “The Nearly Man” confirms there are more vocalists in the band and room to play with structure.

All in all, The Artisans’ new material will be a welcome addition to Newcastle’s ever growing music scene. The “creators of fine cheese, cakes, and indie pop” boast a mature approach, which will serve them well when performing live again and is likely to translate into a growing fanbase year upon year.

For fans of the quirky as well as the classic side of music, The Artisans’ debut album will be one that even Lloyd Honeyghan will surely approve of.

Read More »
December 15, 2021
PrevHave you read?North East Actor’s Tribute For Charity
Next read...Bullet For My Valentine To Play O2 AcademyNext