Richard Alston Dance Company, one of the UK’s leading contemporary dance ensembles, returns to Northern Stage on 4 & 5 May as part of its spring tour. 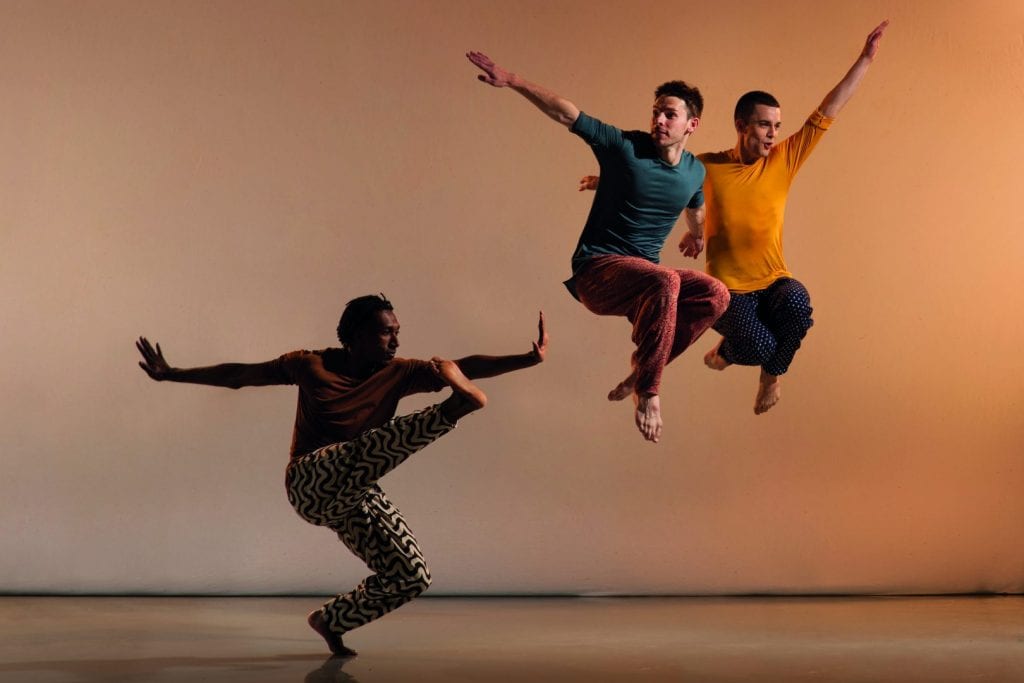 This will be the company’s first visit to the venue for nearly twenty years and the programme is all-new to Newcastle.

The evening begins with Brisk Singing, Alston’s joyous response to music from the opera Les Boréades by the Baroque composer Jean-Philippe Rameau, known in his own time as ‘the god of dance’. This uplifting dance for eight dancers is carried along by the warmth and lightness of spirit in Rameau’s music.

Burning is a much-acclaimed piece by the company’s Associate Choreographer Martin Lawrance (himself formerly one of the company’s star dancers). Set to Lizst’s Dante Sonata played live by pianist Jason Ridgway, Burning explores Lisztomania (the Beatlemania of its day) and the composer’s relationship with the young, married Countess Marie D’Agoult. The passion floods out of every pore in this frenetic and emotional piece.

“I always thought Northern Stage was one of the best stages for dance in all England and would say so in interviews. I am thrilled that my company is performing there again.”

Finally, the company will perform Nomadic, Alston’s collaboration with the young hip hop choreographer Ajani Johnson-Goffe (the first time Alston has collaborated with another choreographer in his 46-year career). Exploring the meeting point between hip hop and world music, Nomadic is set to music by Ursari Gypsy band Shukar Collective who fuse Romany and electronic music to dark, sharp effect.

Richard Alston says: “When I was with Rambert Dance Company we used to visit the Theatre Royal every December (from 1980 to 1992) and in 1990 we premiered my piece Roughcut there. It was a wet and blustery night and in the interval before we had to keep the audience waiting whilst we dealt with a massive rain leakage upstage – it all added to the excitement!

When I started my own Company in the 90s we came up for several years to the Playhouse – now known as Northern Stage. I always thought it was one of the best stages for dance in all England and would say so in interviews. I am thrilled that my company is performing there again.”

Launched in November 1994 to great acclaim, Richard Alston Dance Company is one of the UK’s leading choreographer-led companies, for which its founder Artistic Director Richard Alston has created over 45 dance-works.

There will be a pre-show talk with Richard Alston on Thursday 5 May.