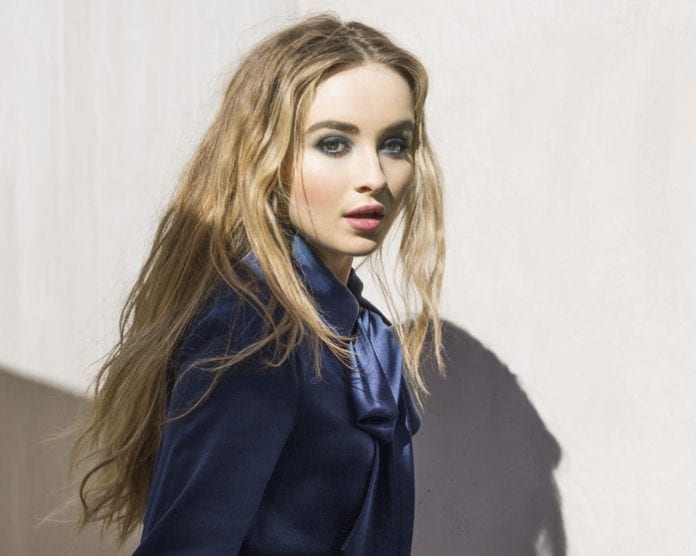 In April of 2015, singer/songwriter/actress Sabrina Carpenter, then not yet 16, unveiled her debut album, “Eyes Wide Open”. Fueled by youthful exuberance and irresistibly buoyant singles such as “Eyes Wide Open” and “We’ll Be the Stars,” the album reflected Carpenter’s life over the previous three years, during which she rose to fame playing rebellious Maya Hart on the Disney Channel hit series Girl Meets World.

Now back at 17 with her follow up album “EVOLution”, the “On Purpose” songstress releases her hit single “Thumbs”. The infectious new track is the second single off the “EVOLution” album, which was released October 4 via Hollywood Records. The catchy pop production combines a fierce electric sound with strings, a bouncy bassline and a clean cut delivery of shrewd lyrics. Watch the full video, directed by Hayley Young, HERE.

Pop veteran Steve Mac (James Blunt, Shakira) and Priscilla Renea contributed to the deceptively snappy “Thumbs.” Carpenter explains “‘Thumbs’ gave me this incredible “Black and Gold” vibe, along with lyrics that were so original.” She adds “I would have never have thought to look at my hands and write a song that’s about taking in the world and seeing that we’re all in this same life pattern.”

Following the success of her sold out US tour, spring 2017 will see Sabrina Carpenter broaden her scope on an international level when she supports The Vamps on their UK & Ireland tour. With over 14.7M social figures, amazing covering in Seventeen magazine, Teen Vogue and People, the talented young singer/songwriter is one to watch this year and is definitely on cue for major success.

A simulation shooting range bar is coming to Newcastle