The 400th anniversary of William Shakespeare’s death, on 23 April, is being marked the world over. Here in the North East, Newcastle High School for Girls is celebrating his life and works with a week of activities in the junior school. 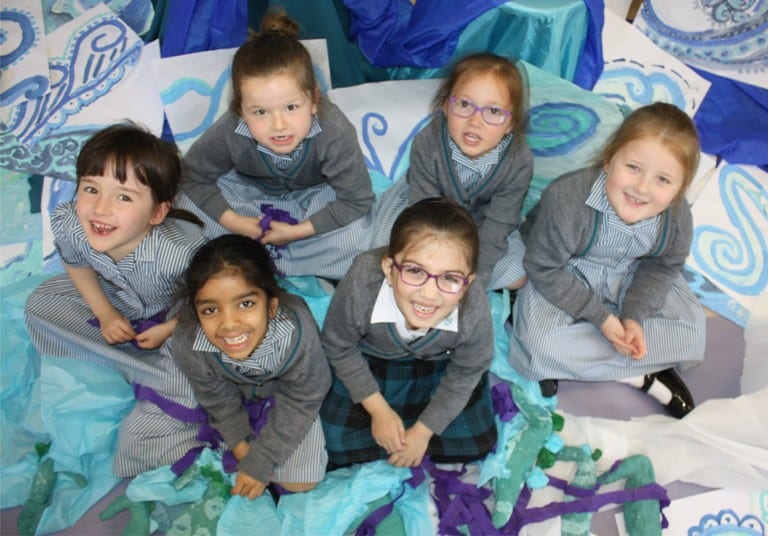 William Shakespeare, the world’s most famous playwright, is believed to have been born on 23 April 1564 and to have died on the same day 52 years later in 1616.

As part of the Shakespeare 400 celebrations, Newcastle High is focusing on Shakespeare’s The Tempest, which is being brought to life in a range of cross curricular activities. The week of celebrations started with the girls returning to school to find quotes, images and characters from the play displayed around school on posters together with Shakespearean language adorning the walls.

Throughout the week, class teachers are working with the 300 junior school girls, aged 3 – 11, to explore themes, characters and settings within The Tempest to bring the play to life and to demonstrate the impact Shakespeare has had on language, culture and society both in this country and internationally. The idea is to steer away from traditional written work and focus instead on cross curricular approaches to the study of Shakespeare using art, Design Technology, ICT, drama, geography and history.

On Friday 22 April, the results of the week’s activity will be displayed in an exhibition to which parents are invited. Among the exhibits will be dioramas, puppets, papier maché islands, soundscapes, and costume designs.

Assemblies and quizzes will also be used during the week to discuss Shakespeare as a historical figure and the importance of Elizabethan theatre, as well as the impact Shakespeare has had on modern language.

Commenting on the week of activities, teacher and Junior School phase leader, Kirsten Johnson who has organised the event explained: “The 400th anniversary of Shakespeare’s death is an incredible milestone, we couldn’t let it pass without sharing another Shakespeare story with the Junior School girls. It is so important for young people to be introduced to his works early but in a way that celebrates the joy, mystery and lyricism of his stories.

“Our focus for Shakespeare week is sharing one magical story. When looking at The Tempest we want our girls to be caught in the excitement and the wonder of the story, the magical island, the drama of the storm and the joy of the characters and their relationships, before being introduced to the original language. All too often people are put off Shakespeare because their first and only encounter is to be forced to read the texts without understanding the story.”

Modern sayings and their Shakespearean origins

Twelfth Night
“Be not afraid of greatness: some are born great, some achieve greatness and some have greatness thrust upon them”. – (Act II, Scene V).