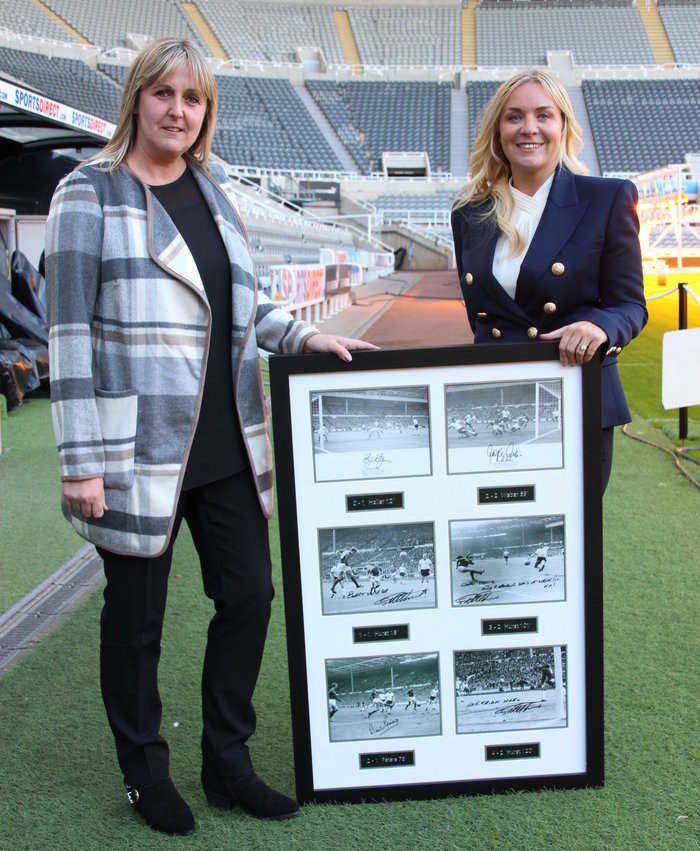 A Cramlington mum has vowed to raise much-needed funds for the Sir Bobby Robson Foundation after being moved by a disturbing and tragic series of teenage deaths amongst young footballers.

Susan Coates has pledged to raise money for the charity after learning that in recent years, four youngsters from the junior football league that her husband Ian manages, have lost their lives from Cancer and Meningitis.

Susan, who herself lost her sister in law from Cancer in 2013 was so moved upon hearing about the young footballers that she contacted a number of sports personalities and celebrities and has arranged a special dinner event in aid of Sir Bobby’s cancer foundation.

The continuing work of the Bobby Robson Foundation has breathed new life into the resources battling cancer in the North East and Cumbria regions and recently passed the £10 million mark in funds raised, this can be seen in action at the newly opened Wolfson Childhood Cancer Research Centre at Newcastle University, a world leading centre here in the heart of the North East.

The dinner, on 3rd November at Newcastle Marriott Hotel, Gosforth Park will feature three ex International players, Paul Merson ex Arsenal, Phil Thompson ex Liverpool and ex West Ham United player Tony Cottee. The three, who appear as pundits on Sky Sports Soccer Saturday, will entertain with their award-winning after-dinner routines before they engage in a ‘Live and Uncut’ debate with the audience. The event will also feature comedian Josh Daniels and compere Graham Foster as well as other invited sports personalities and celebrities.

“I’d love to see some good coming out of the tragedy of Cancer and I’m grateful for everyone who has already booked tables, donated prizes and pledged their support.”

Susan has also enlisted the help of the junior football leagues sponsors, Pin Point Recruitment to help with the sponsorship of the event. The league provides support for around 900 teams of youngsters from under 7’s to 18 year olds from across the North East.

Healthcare Director Louise Thompson of Pin Point Recruitment, was delighted to help. “We are very proud to once again be affiliated with the work of the Sir Bobby Robson Foundation Trust.  Last year Pin Point sponsored the Sir Bobby Robson Foundation Golf Day and it’s good that we can continue our support for a cause that is vital to the North East and Cumbria and especially to support children and young people affected by Cancer.

To help achieve her target, a charity auction hosted by snooker champion Willie Thorne will also take place with items up for sale including a signed Barcelona shirt, the chance to play football with your friends against a Peter Beardsley team and a football boot signed by Rudd Van Nistelrooy.

The star attraction however captures English football’s finest moment in a historic and rare set of photographs showing each of the six goals being scored in the 1966 World Cup Final. Every photograph is individually autographed by the goal scorer with Geoff Hurst scribing “they think it’s all over…” on the last one.

Susan spoke to I Love Newcastle Magazine and said; “This is a very rare piece of footballing memorabilia and I’m hoping that it will raise a lot of money for The Sir Bobby Robson Foundation. It’s unique in that it is signed three times by Geoff Hurst and once by Martin Peters, Helmut Haller and Wolfgang Weber,”

“I’d love to see some good coming out of the tragedy of Cancer and I’m grateful for everyone who has already booked tables, donated prizes and pledged their support.”

Tickets for this event are available by emailing susanacoates@hotmail.co.uk or by calling Susan on 07904 234507.