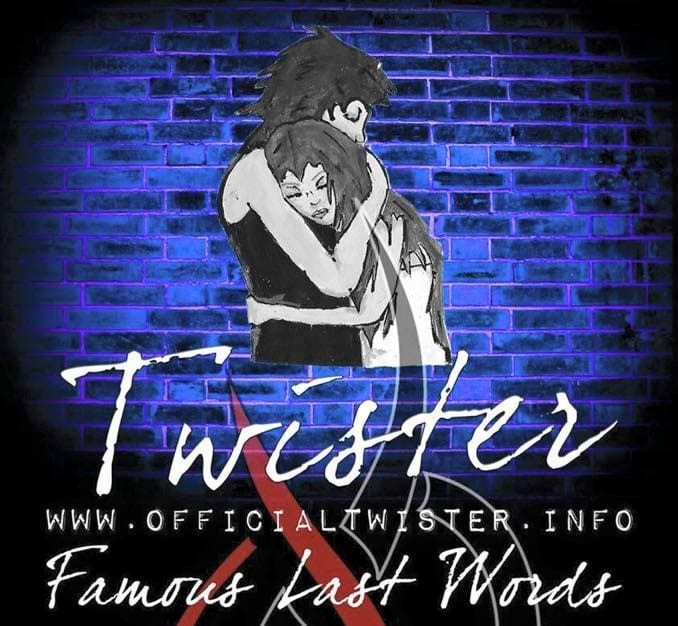 Taken from their hit second album ‘This Isn’t Wonderland,’ the quartet of Stevie Stoker, Matthew Whittaker, Jake Grimes and Joe Major will be re-announcing themselves to the masses with the launch.

“Famous Last Words was written for the album,” began lead vocalist, Stevie Stoker. “It is an emotional track and the words capture the emotions of how we felt then, and on the album itself. The words are really powerful for what it entails. Words which fell into place quite quickly.”

Lots of changes behind the scenes, lots of travelling on the road, and a certain Newcastle gig alongside Bumblefoot slowed any releases and, before the recent split, signing to LMC Records, biding their time was quintessentially paramount to the bigger.

Understanding the frustration of their continually increasing fan-base though ‘Famous Last Words’ is the perfect follow-up to debut single ‘Feeding Frenzy.’Stevie added: “We released the single, then the album, but we are with a new record label. “Then there was some changes we had to handle so we waited a little while before finally announcing the release. Now though it’s all systems go and there’s a lot of other, new material to come later in the year as well.”

No longer with LMC Records the band are aware they are putting the right infrastructure in place in which to move forward with Stevie saying: “It’s great that we can release the track ourselves and it’s a great choice, for us and for the fans.”

With plenty of plans in the pipeline for the near future, and this Sunday’s gig at the Lechlade Festival where they’ll star alongside the like of Status Quo, Twister will be more than just a band.
Famous Last Words is due for release to Twister and Twisterettes on June 14, further information of which will be available in due course.

Read More »
December 15, 2021
PrevHave you read?A tale of two ales at the Botanist Newcastle
Next read...Newcastle Magician set to perform with his idolNext