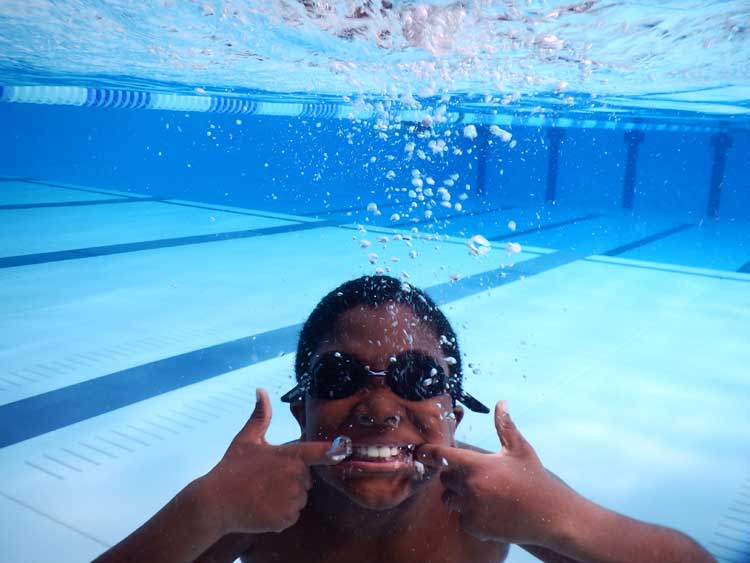 A BAYWATCH style slow-motion beach run is being held to raise awareness of water safety as part of Drowning Prevention Week.

Swim North East, an award-winning company that has swim schools across Tyneside and Teesside, has organised the fun run from Longsands to Cullercoats beach and back, on Sunday June 28th.

Over 30 people have already signed up to take part in the sponsored run – aged from three to 73, and all will be wearing iconic red and yellow lifeguard colours to stand out from the crowd.
The participants, who will raise cash for the Royal lifesaving Society, will be made up of Swim North East instructors, families, RNLI lifeguards and members of the public who are welcome to join in.
The run will culminate with a splash in the sea, before leaflets with water safety messages are handed out to people along the coast.

Drowning Prevention Week, the national campaign run by the Royal Life Saving Society UK, aims to reduce the number of drowning and near drowning incidents that occur in the UK every year, by showing people how to be safe near water.

The key messages from Swim North East are; never swim alone, keep away from the edge of open water, swim between beach flags, follow the pool rules and swim where you can be seen.

Phil Groom, Director of Swim North East, said: “We hope that this event will be attention grabbing, fun and awareness raising. We want people to enjoy the water and have fun, but to know how to stay safe and keep others safe.

“This time of year is particularly prevalent as people are about to jet off on holidays where there may be a pool or beach where they’ll go in the sea, so it’s really important that children and adults are aware of the dangers.

The National Water Safety Forum (NWSF) states that summer is the peak time for deaths caused by drowning.

The latest figures reveal that the North East had 12 recorded incidents of drowning in 2013, it is also the third highest cause of death among children.

Jim Watson, deputy chairman of the NWSF, said: “There should be no room for complacency, particularly as we enter the warmer summer months and more people are drawn to the water.“We encourage people to enjoy water, but to make sure they understand the risks and come home safely.”

WHERE & WHEN
The Swim North East fun runners will meet at Crusoes on Longsands Beach, Tynemouth, at 2pm and the run will begin at 2.30pm