St Patrick’s Day in Newcastle: Where to head for the best craic in Toon 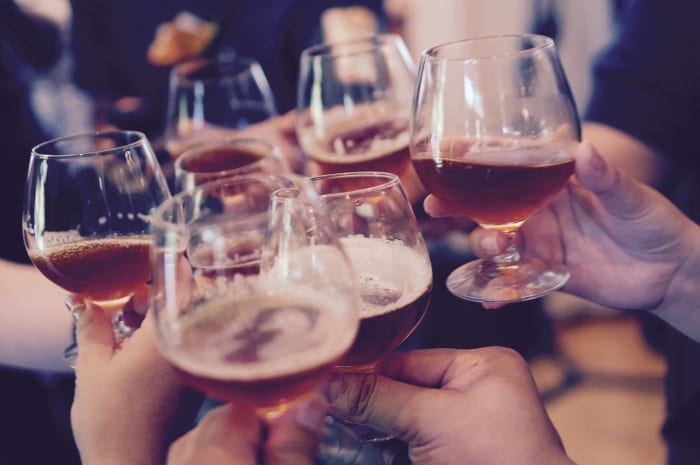 St George may be our patron saint but here in Newcastle we’re more likely to celebrate St Patrick’s Day than St George’s Day.

Maybe it’s because of our strong Irish-Geordie community or perhaps it’s something to do with the fact that we aren’t averse to observing a day that usually includes the downing of a few pints and a good old knees-up.

Either way, there’s tonnes of stuff happening this St Patrick’s Day in Newcastle. To kick things off, the Millennium Bridge will be glowing green as part of Tourism Ireland’s annual Global Greening but there’s plenty more to do besides that.

From street parties and a whiskey festival to an all-out Paddy’s Day extravaganza at Times Square, here’s our rundown of the best events for St Patrick’s Day in Newcastle.

You can’t mention St Patrick’s Day in Newcastle without mentioning the Tyneside Irish Centre in the same breath. As the home of all things Celtic in Newcastle, the venue is hosting a veritable feast of St Paddy’s Day celebrations.

In the run up to the day there’s a three-course dinner, a family fun day and live streaming of the Wales v Ireland rugby match. On the day itself, a ceremony for the Tyneside Irish Brigade will be held at Old Eldon Square and throughout the weekend there’ll be live music from the likes of folk singer Dermot Hegarty and Irish rock band Paddy Lazarou.

Paddy Fest is without a doubt the biggest event hitting Newcastle this St Patrick’s Day. It was a huge success when it was first held last year and this year the Irish beer and music festival is taking over Times Square with an even bigger and better programme.

Although the main event – DJs, Guinness giveaways and live Irish music in a huge Oktoberfest-style tent – is on Saturday 16 March, Paddy Fest is teaming up with a range of partners to bring us a whole weekend of fun. On Thursday, there’s a Let’s Play Darts event while on Friday cheese festival CheeseToon is taking place.

On the day itself Bongo’s Bingo will be holding a one-off daytime show at Paddy fest and finally in the evening there’s a Battle of the Unis bash for students. Whew, what a weekend!

Guinness might be the quintessential Paddy’s Day drink, but whiskey surely comes a close second. If you’re a fan of the latter there’s nowhere better to head on St Patrick’s weekend than the Newcastle Whiskey Festival.

The one-day event takes place on Saturday 16 March at the Civic Centre and will feature exhibitors offering samples of whiskey from as far afield as Japan, India and Taiwan alongside the best homegrown varieties.

Guests can also attend blending workshops, cocktail masterclasses and coopering demonstrations and for a small extra cost can purchase ‘Under the Counter’ tokens which allows you to sample some of the more rare and exclusive whiskies available at the festival.

The hugely popular Bongo’s Bingo events are a regular at the Boiler Shop and this St Patrick’s Day, they’re back with a distinctly Irish twist. In addition to its appearance at Paddy Fest, there’ll also be three other shows on 14, 15 and 16 March.

Alongside the usual rave rounds, dance-offs and other such debauchery guests will be treated to a performance by none other than Irish girl group B*Witched – purveyors of double denim and catchy late 90s pop tunes, for those born post-millennium.

Oh, and there’ll be some bingo too of course.

As part of their annual St Patrick’s Day festivities, The Tyne Bar will be teaming up with Jameson Irish Whiskey this year to offer guests a range of whiskey promotions. Naturally, there’ll be Guinness promos too alongside a cocktail bar, street food and traditional Irish grub.

As for entertainment, a DJ will be on from 9pm on Saturday 16 March while on St Patrick’s Day itself the Pat McMahon Trio will be rounding off the celebrations with a set from 4pm.

In the spirit of all things Irish, Newcastle Racecourse will hold a special St Patrick’s themed event on Saturday 16 March.

That means in addition to the usual racing there’ll also be a Guinness Village where you can expect live Irish music and dancing, a Guinness bar and stalls selling Irish themed food. As it’s the last day of the Six Nations, the rugby game will be shown live too. It’s basically the perfect St Patrick’s Day celebration for any sport fans … or Guinness fans.

Irish bar Filthy’s is teaming up with its neighbours and sister venues Passing Clouds and Illegitimate to bring the Bigg Market the ultimate St Paddy’s Day student event.

The 15-hour extravaganza will take place across the three venues and is completely free to attend but nab yourself a guestlist wristband and you can drink as much cheap Guinness as is humanly possible. Expect live Irish music, six DJs and dancers too. Pots of gold and ‘100% real leprechauns’ are promised too but we can’t vouch for that.

Read More »
December 15, 2021
PrevHave you read?Italian restaurant steps in to save Sundays in Jesmond
Next read...Is this Newcastle’s most Instagramable address?Next