Star Line-Up Is A Sure Bet For Guys And Dolls 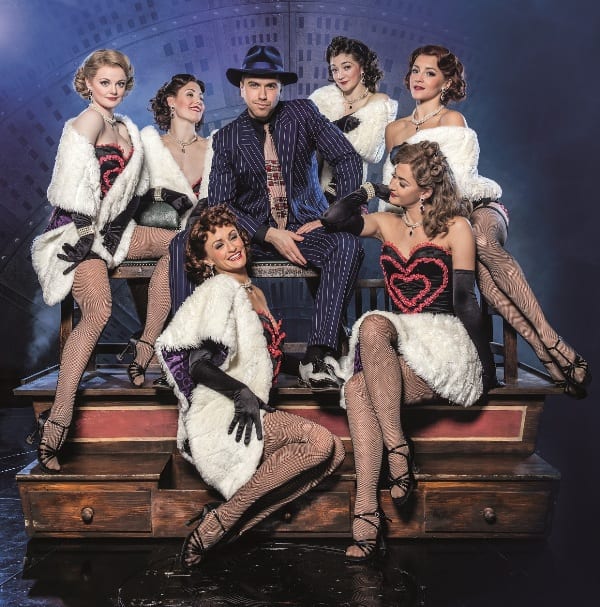 An extra dose of glitz and glamour has been confirmed for the tour of Guys and Dolls to Newcastle Theatre Royal as it was announced today that the star line-up will include Richard Fleeshman (Coronation Street, Ghost the Musical, Call the Midwife) as Sky Masterson, Maxwell Caulfield (Grease 2, Emmerdale, The Colbys) as Nathan Detroit, Louise Dearman (Wicked, Evita) as Adelaide and Anna O’Byrne (Love Never Dies) as Sarah Brown.

This glittering production of gamblers, gangsters and night-club singers rolls into Newcastle on Tuesday 22 March, direct from rave reviews in the West End. The Chichester Festival Theatre revival of Guys and Dolls features dazzling choreography by world-renowned Cuban ballet star Carlos Acosta alongside Andrew Wright, whose credits include Chichester Festival Theatre’s Singin’ in the Rain and is directed by New York’s Gordon Greenberg.

Audiences will be transported to the sizzling sidewalks of New York where they’ll meet Nathan Detroit, who is desperate: he needs money for an illegal dice game, and he needs it fast. Not to mention a 14-year engagement with nightclub singer Miss Adelaide, whose patience is finally running out.

Enter notorious gambler Sky Masterson, a guy who can never turn down a bet, and straight-laced missionary Sarah Brown, a doll with a heart of ice. Nathan’s wager is that Sky has to romance Sarah by taking her to Havana for dinner and in return he’ll provide a dozen ‘sinners’ for Sarah’s mission. Surely this is one bet Nathan absolutely can’t lose?

A joyous and vibrant celebration of Prohibition-era New York, Guys and Dolls first premiered on Broadway in 1950 and captured the optimism and energy of post-World War Two America.

This hugely popular and multi award-winning musical, based on the colourful stories by American journalist Damon Runyon renowned for his vivid fictional depictions of the gamblers, hustlers and nightclub singers of New York, features some of Broadway’s greatest musical numbers including ‘My Time of Day’, ‘Luck be a Lady’ and the show-stopping ‘Sit Down You’re Rockin’ the Boat’.

WHERE & WHEN
Guys and Dolls plays at Newcastle Theatre Royal from Tuesday 22 March – Saturday 2 April 2016.

TICKETS
Tickets are from £17.50 (pay less online) and can be purchased at: www.theatreroyal.co.uk or from the Theatre Royal Box Office on 08448 11 21 21 (calls cost 7ppm plus your phone company’s access charge).