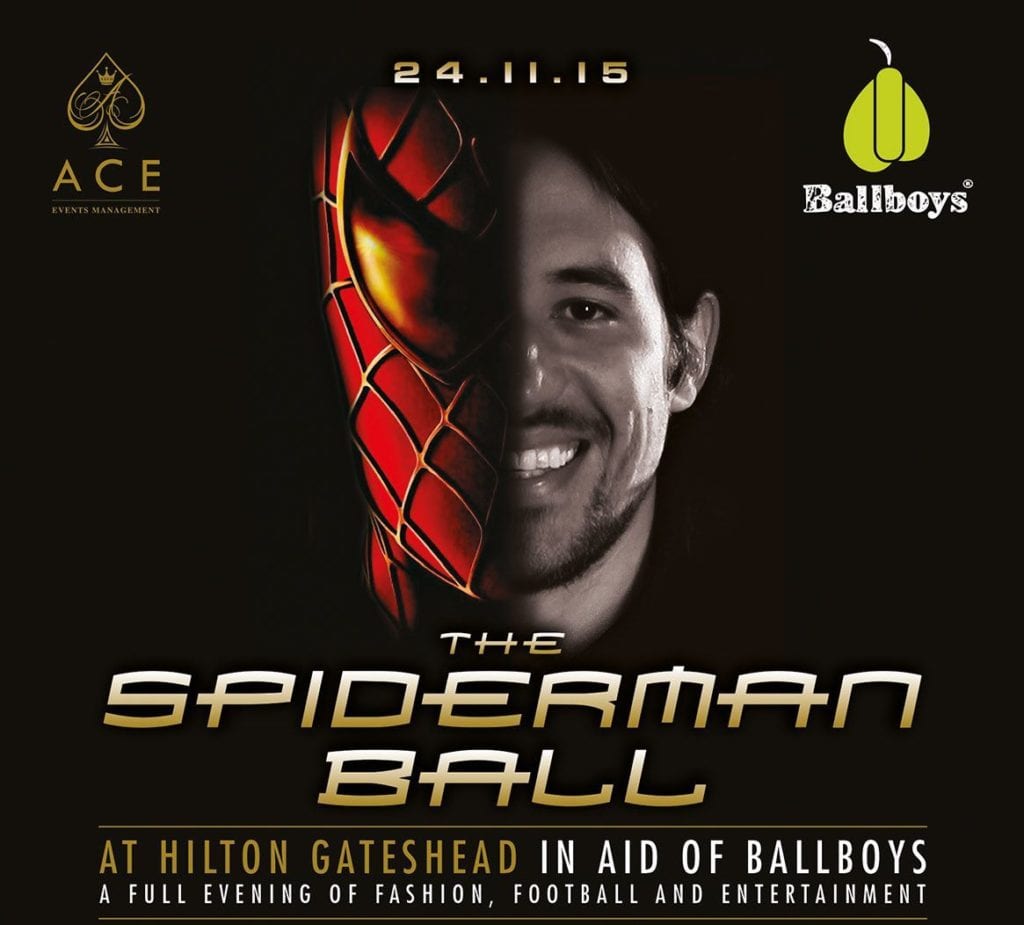 The Spiderman Ball, which is named after former Newcastle United FC (NUFC) midfielder Jonas Gutierrez, who missed 17 months of football during his battle with cancer and has gone on to beat the disease twice, is a night not to be missed.

A glamorous evening of entertainment has been planned for the ball which has been organised by Ace Events Management, and will take place at the Hilton Hotel in Gateshead on November 24.

Jonas Gutierrez and stars from NUFC will be in attendance at the ball which will be hosted by Sky Sports star Pete Graves and radio presenters Justin and Kelly from Heart North East.

Chelsea footballer and patron for Ballboys, Branislav Ivanovic champions the event. He said: “This event is a chance for the football world (players and fans) to come together and raise awareness of a disease that can affect any man.

“Jonas has shown us the importance of catching it early, and I hope that in my role as patron for Ballboys and through The Spiderman Ball we can reach more young men with the message to check themselves for signs of Testicular Cancer.”

The evening will kick off at 7pm with a champagne reception, followed by dinner and entertainment from an all-male line-up. Direct from Las Vegas, Britain’s Got Talent contestants Old Men Grooving will entertain guests along with Got to Dance stars Ruff Diamonds.

And it doesn’t stop there, as guys from NUFC will strut their stuff down the catwalk as part of The Spiderman Ball’s fashion show. A female fashion show sponsored by Have to Love Clothing will also showcase the hottest trends for the season.

Heart Radio presenters and Pete Graves will also test guest’s knowledge with an exciting interactive sports quiz and a live auction with money can’t buy prizes will help to tot up funds for the charity.

Prizes up for grabs include: a luxury holiday to Mallorca, Bentley car experiences, Champion League tickets and something very special from Cheryl Cole to name just a few. An after show party sponsored and hosted by Livello will end the night on a great note.