Sunday for Sammy presents ‘A Sketch for Sammy’ 2017 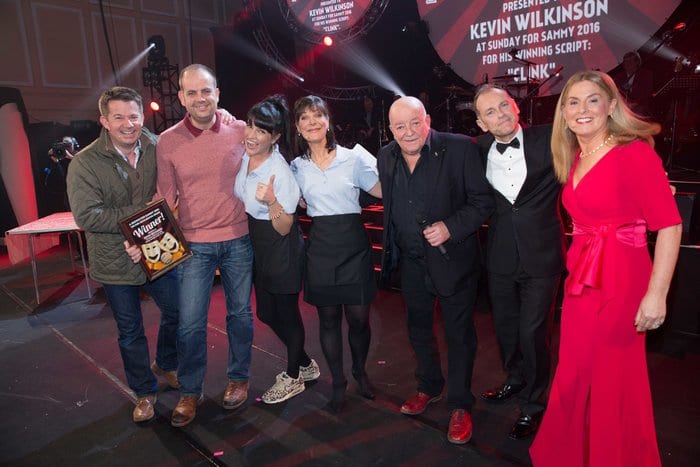 Following the success of the last two years, Sunday for Sammy and the Laffalang Gang are proud to present the return of A Sketch for Sammy, a competition for new comedy writers.

The competition will officially open on Sunday 25th June when Ed Waugh, writer of Dirty Dusting, Hadaway Harry and Mr Corvan’s Music Hall, will host a public event at Newcastle’s Stand Comedy Club where he will discuss the art of sketch writing, the pointers to a really great sketch and how to avoid the pitfalls. This event is free and open to anyone who is interested, you don’t need to be a writer or comedian.  No tickets are required, just turn up on the day. We would love a full house to get the competition off to a flying start.

Following the launch, new comedy writers from the region will be invited to submit sketches for consideration, the theme for the sketches is ‘North East Culture’.  When all the submissions are in a short list of four will be chosen by Jason Cook, comedian and writer of TV’s Hebburn, along with Sunday for Sammy producer, Ray Laidlaw.

The four short-listed writers will then benefit from mentoring sessions with Ed Waugh to polish the scripts.  The final will be held at the Stand Comedy Club in Newcastle on Sunday 1st October where the sketches will be performed by a professional cast to an enthusiastic and supportive audience.   A panel of celebrity judges will choose the winning sketch and the successful writer will then be presented with the 2017 Phil Richardson Comedy Award which was funded by a donation to the Sunday for Sammy Trust by Pat Richardson in memory of her son Phil, a musician and comedy fan from Whitley Bay. Tickets for the final are free and can be obtained by contacting julieclay@blueyonder.co.uk

The winning sketch will be considered for inclusion in the forthcoming Sunday for Sammy show at Newcastle Metro Radio Arena on 18th Feb 2018.

Sunday 25th June at 11am – Comedy writer Ed Waugh will host a workshop on comedy writing at the Stand Comedy Club. Free entry.
The competition is declared open. Scripts to be sent to info@sundayforsammy.org

Four finalist sketches performed, (plus some old ones) lots of hilarity and the winner chosen.

Chairman of the Sunday for Sammy Trust and Tyneside Legend Tim Healy said, “As an actor I know the value of good writing and this competition has discovered some really good new comedy writers.  I’m looking forward to seeing the new sketches.”

Sunday for Sammy Trustee Jason Cook said, “One of the most difficult challenges for a novice comedy writer is getting your work performed.  A Sketch for Sammy gives the opportunity for new writers to see their work brought to life by an experienced cast in front of an enthusiastic audience.  This can be truly inspirational and also a right laugh.”

Tickets are on-sale now for the next Sunday for Sammy on 18 February 2018 costing £35 plus 55p facility fee and bookings fee.  They’re available online at www.metroradioarena.co.uk  from the booking hotline number 0844 493 6666 or in person from the Metro Radio Arena Box Office.

Tickets are also available from Newcastle Theatre Royal. Online www.theatreroyal.co.uk or call the Box Office on 08448 11 21 21. (All calls are charged at 7p a minute plus your phone company’s access charge, calls from mobiles may vary, please contact your operator for details.) For Groups of 10+, please call Group Bookings on 08448 11 21 22.

Read More »
December 15, 2021
PrevHave you read?Ne1 For Some Summertime Fun In Newcastle
Next read...This Inspirational Manchester Poem Recited With Passion Has Left Thousands Of People With GoosebumpsNext