Sunset Sons Set ‘To Brew Up A Storm’ In Newcastle 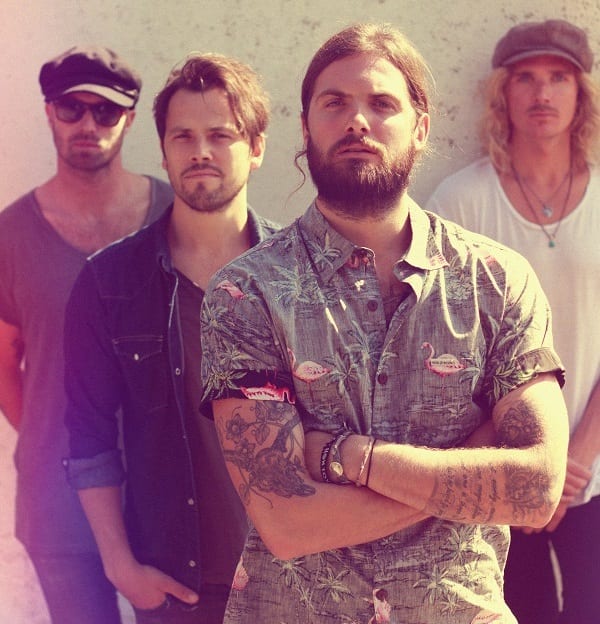 Having played to sold out crowds across the UK in March/April in support of their debut album ‘Very Rarely Say Die’, Sunset Sons have announced an October UK Tour which includes the iconic Shepherds Bush Empire in London as well as Manchester Academy.

“They play the music they love in a straightforward way without self-consciousness. They’re going to be big.” The Times

Sunset Sons are renowned for their atmospheric and energetic live shows and have a summer of festivals ahead of them including Isle Of Wight Festival, T In The Park, Reading & Leeds and a headline slot at Goldcoast Oceanfest.

“Sunset Sons have huge anthems up their sleeves and remind me of The Killers & Kings of Leon. Look out for them.” The Sun

These October UK dates will give fans the opportunity to see Sunset Sons perform hits from their fantastic debut album ‘Very Rarely Say Die’ which was released on 1 April this year. The album was recorded between London, Nashville and their adopted hometown of Hossegor with Jacquire King (Kings of Leon) and James Lewis (Arctic Monkeys).

“Prepare your stadiums for an Anglo-Australian quartet who trade in anthemic rock songs…these 13 tub-thumping anthems are infused with a funk undertow & more often, a deft, spring heeled approach to Americana. They’re on their way.” ****” Q Magazine

TICKETS
Tickets will be available for pre-sale on Wednesday 27th April from: http://listings.ticketweb.co.uk/sunsetsonsand on sale Friday 29th April 2016