The third North East Chilli Festival was a huge success... 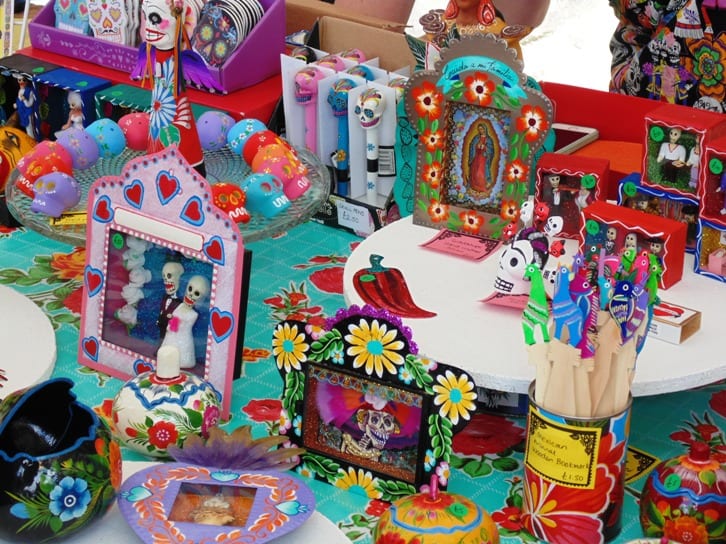 The event organisers, Shelley and Mark Deakin, had promised that the third North East Chilli Festival would be ‘bigger and better’ than ever and boy did they deliver! The festival’s vibrance, music, drinks and of course food, amalgamated on an epic scale, creating a stunning and memorable weekend of festivities.

The only thing (If any), that may have dampened the spirits of the popular event was the weather. Fortunately the event organisers, prayed to the Spice Gods for good weather and they were answered with two days of pretty decent weather over the event.

This chilli nirvana, set in the grounds of the delightful Seaton Delaval hall, attracted a record number of Spice enthusiasts and foodies, who travelled from far and wide on their annual Chilli pilgrimage. An army of both local and national traders amassed in order to showcase their produce, providing the crowds with tantalising tasters, dazzling displays and delicious dishes.

Al’s BBQ Shack gained an enormous amount of attention from crowds craving their fire pit grilled piri piri and jerk chicken. This came as no surprise as the smell emanating from their stall was exquisite.

The award winning Mr Vikki’s Indian fusion stall served up curry’s and wraps to hungry revellers while their pickles, chutneys and sauces stall offered takeaway variations of their amazing creations. I have to say that their Goan Beef curry served with rice, chutneys and pickles was amazing.

For both lunch and beverage ideas we were spoilt for choice from vendors whose stalls encompassed the grounds of the hall. We were blessed with offerings from vendors including; Zapatista Burrito Bar, Papa Ganoush Street Food, Castro Southern American Food, Las Paelleras Authentic Spanish Street Food, The Fresh Lemonade Company,The Northumbrian Farm House Kitchen and many more.

Then there were the produce stalls with ‘festival headliners’ including; The Hot Stuff Chilli Company, The Chilli Alchemist and Grim Reaper Foods, all generating a buzz of interest for their potent yet delicious creations. We were also treated to more conventional foods from vendors such as The French Oven, The Brownie Bar and the United Sweets of America.

The entertainment flowed as freely as the Draft beer, lager and cider taps from the Wylam Beer Tent. Acts including the enigmatic Juggernaut Love band, Dj Tony Morales and the magician Chris Cross helped to entertain the crowds. The entertainment highlight of course, was the legendry chilli eating competition where ten brave/crazy souls attempted to tackle an array of nuclear hot chillies including the infamous naga ghost chilli. It wasn’t pretty, yet highly amusing.

Overall the event was executed with almost military precision, from the event planning and coordinating to the fluent park and ride shuttle service organised by Gloucester lodge farm. Northumberland police were on hand to support the event along with Northumberland council who assisted with the traffic management and refuse collection. I have no doubt that planning will have already begun for next years remarkable North East Chilli Festival.

We can’t wait until next year to revisit this amazing event organised by amazing people.