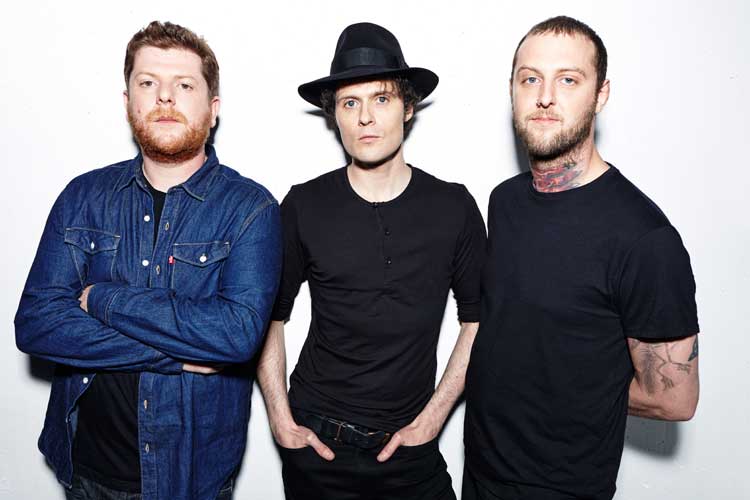 Following the news of their new album ‘Eyes Wide, Tongue Tied’, The Fratellis are proud to announce a 12 Date UK tour for November 2015.

The headline tour, includes a show at London’s Electric Ballroom, and will commence on November 2nd in their Glasgow hometown before heading to Dundee, Aberdeen, Liverpool, Norwich, Oxford, Coventry, Bristol, Manchester, Sheffield and Newcastle.

A busy summer is also lined up for the band with a run of shows in the U.S, Canada and Europe, sell out underplay shows and a number of UK festivals.
‘Eyes Wide, Tongue Tied’ is out 21st August via Cooking Vinyl. It’s the sound of a band at the peak of their powers.

An exhilarating trip; it’s as much flying as it is falling with style. After the release of 2013’s ‘We Need Medicine’, the Glaswegian trio, fronted by Jon Fratelli and completed by Barry Fratelli (bass) and Mince Fratelli (drums) spent a year touring the world. At the tail end of 2014, they decamped to LA to work on album number four with Tony Hoffer (M83, Depeche Mode and Belle & Sebastian), who also produced their first album smash ‘Costello Music’.

Read More »
December 15, 2021
PrevHave you read?A Magical night at the Quayside Cabaret Club – We liked it… A lot!
Next read...BxNu Students unveil pioneering artwork at Baltic 39Next