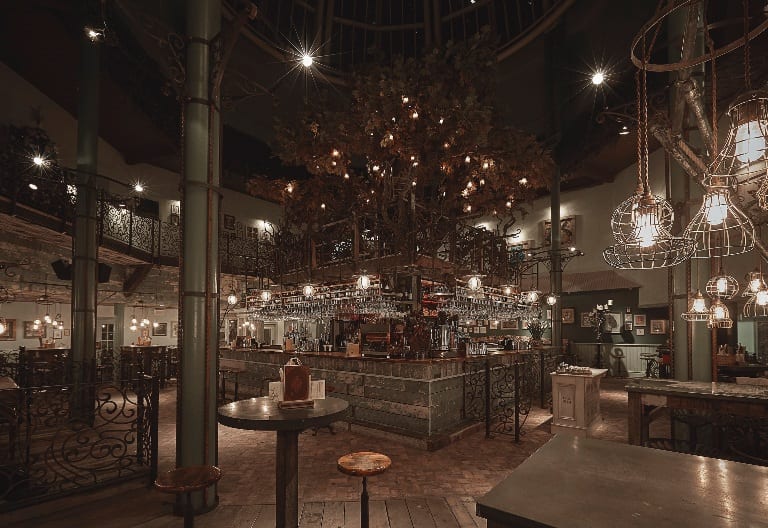 THIS December, the name behind The Botanist in Newcastle has been placed in the top 20 of The Sunday Times Virgin Fast Track 100 league table, which ranks businesses based on average sales growth across the previous three year period.

Leisure operator The New World Trading Company’s sites include The Botanist which has recently opened its seventh venture in the UK; Glasgow and London venues The Trading House; Manchester’s The Oast House and The Smugglers Cove in Liverpool.

Founded in 2011 by Tim Bacon, 51, and led by managing director Chris Hill, 35, The New World Trading Company makes its debut appearance in the list at number 20, beating off competition from the likes of craft beer company BrewDog and burger restaurant Byron.

In 2014, the group launched its first venture in the North East with The Botanist, which is set to celebrate a year since opening its doors in Newcastle next week.

The Botanist quickly established itself in Monument Mall as a key player in the city centre’s hospitality scene and its popularity heightened in April 2015 with the introduction of an open air roof garden.

The company’s news comes hot off the heels of the Newcastle venue taking top spot for Best Food Bar at The Benevolent Awards, hosted by Licensed Trade International at The Assembly Rooms last month.

Chris Hill said: “As a young company, we’re thrilled to confirm our ranking in The Sunday Times Virgin Fast Track 100 – a highlight among many of our recent achievements and testament to our fantastic teams across the country.

“It’s certainly an exciting time to be a part of The New World Trading Company. The success of The Botanist in Newcastle and recent openings including The Trading House in Glasgow has made for a strong year of growth which we are looking to build on next year.”

The company has expansion plans that include a Hamptons-style beach house at the Liverpool One complex and further openings throughout 2016.

Following a double win in 2015, The New World Trading Company has been nominated in five categories at the 2016 Publican Awards; Best Small Employer, Best Brand for The Botanist, Best Drink Operator, Best Managed Operator (2-50 sites) and Best New Site for The Botanist in Newcastle.

Read More »
December 15, 2021
PrevHave you read?Bonbar Sets The Bar At Benevolent Awards
Next read...O Raises Over 5k For Sunshine FundNext