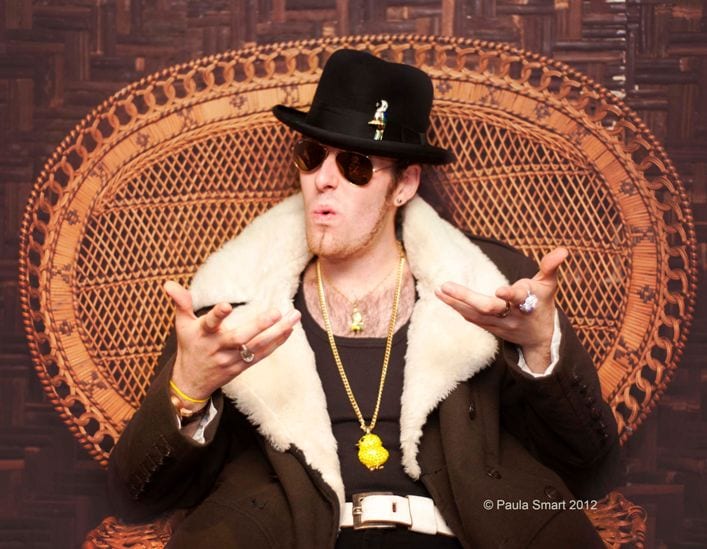 With its three previous shows all selling out, the fourth instalment of ‘The Quayside Cabaret Club’ should be nothing short of spectacular. The show will take place on 22nd April at Prima Restaurant on Newcastle’s Quayside. The intimate evening, hosted by one of Newcastle’s premier dining venues, will feature some amazing entertainment from around the world.

The event will feature a variety of artists showcasing; Comedy, Magic, Juggling, Escapology, Live Music & More. The Compere for the show will be local legend Chris Cross the Magician who will introduce his friends & fellow performers to entertain guests after a 3-course Italian meal.

The acts performing in April’s show are: The Nightingales -A Vintage Trio of Sultry Songbirds singing Modern Chart Songs with an Andrew’s Sisters twist! Expect Polka Dots & Petticoats. Tom Crosby -York’s Master of solving a Rubiks Cube whilst blindfolded in near record time. He’s also a very good Magician! The Contact Juggler Duo – These gents manipulate glass balls in their hands in a hypnotising manner. With more acts yet to be announced, this fourth instalment should be as entertaining and dramatic as its previous shows.

“I can’t wait to introduce some more great performing friends I’ve met on my travels and bring them to Newcastle!”

The highlight of the evening will be, of course, Chris Cross the Magician who will be celebrating his Birthday on the evening. The Newcastle based performer is known to be one of the top close-up magicians and cabaret acts in the UK. Chris performs his unique style of fresh, funny & stylish award winning magic stunts at around 200 worldwide events each year. Previous clients include: Microsoft, Diesel Dubai, Exxon Mobil, M&S and Waitrose.

“I will be performing some brand new Tricks and Stunts in April and it’s also my 26th Birthday that evening too!”

The born and bread Geordie has performed worldwide – from New York to New Zealand, Bahrain to Dubai, London to Paris and most places in-between. This “world class act” has performed numerous times for The British Monarchy and has even entertained The Prince of Bahrain. Chris’s other celeb clients include; Boy George, Alice Cooper and The Arctic Monkeys. His amazing act has also been featured on a variety of domestic and international TV shows. So, if you want an action packed evening filled with fun, laughter, spills and thrills in one of Newcastle’s top dining venues, I suggest you get your tickets quick!

TICKETS
Tickets for the April 22nd ”Chris Cross’s Birthday Show” will be £20pp for a 3 course Italian meal and an after-dinner Cabaret Show.
Tickets are now on sale and can be purchased in person or over the phone from PRIMA PIZZA PASTA: 0191 233 1011
All queries, press requests & comp tickets: info@chris-cross.co.uk